If you are from Delhi, you would have visited the National Rail Museum. But if you haven’t, you must. Located in Chanakyapuri, New Delhi, the railway museum Delhi is your chance to experience the heritage and the culture of the country, and the ancestors of metros.

Several transport routes connect the National Rail Museum with the rest of the city. You can take a bus, autorickshaw, cab or Metro to reach it from any part of the city. If you are residing outside Delhi, you obviously required to reach Delhi first.

For the National Rail Museum, it all began in 1962. We all have interests and passions, but only a few manage to turn them into reality. Micheal Graham Satow was a rail enthusiast who first proposed the idea. The dream started to take shape in the year 1970 when the proposal was accepted. The groundwork started in 1971, with the first stones being laid on the site.

Six years later, the work was finally done, and it was time to open the gates to the public. The museum was inaugurated by the then president of India, V.V. Giri. Then it was named the “Transport Museum” by the then transport minister, Kamalapati Tripathi.

Initially, the museum covered all modes of public transport, the roadways and water transportation, besides railways. The intention was to benchmark the brilliant architecture and the heritage of the transportation services. But, alas, that couldn’t be achieved. Hence, in 1995, the transport museum was transformed into the National Rail Museum.

Before we jump into the mesmerizing heritage of the Indian railways, we shall talk about the exact address, the entry fees, and some other must known facts about the place.

Address: As mentioned earlier, the National Rail Museum is located in the Chanakyapuri. The exact address is: Service Rd, Chanakyapuri, New Delhi, Delhi 110021.

The National Rail Museum Delhi Timings: Tuesday to Sunday from 10 am to 5 pm.

The National Rail Museum Ticket Price: It varies according to the visitor’s age and the day of the visit. You will find the tickets for adults at INR 50 and INR 10 for children on weekdays. On weekends, the price increases to INR 100 for an adult and INR 20 for a child.

Architecture: True to its name, the National Train Museum is home to some brilliant and classy-looking trains with steam engines. Along with that, it houses an auditorium that’s spacious enough to accommodate around 200 people. Spacious and well-equipped, it is considered among the best auditoriums in the country. Attached to it is a VIP lounge. This air-conditioned conference hall seats 20 to 25 people.

Still not convinced to visit the National Rail Museum? Let’s give you a few reasons to think otherwise.

Why do you need to visit the museum at least once?

If you are not from Delhi, then you would have a lot of things to cover in your next trip to the National Capital. Think Lotus Temple, the oldest silver screen cinema theatre, the Hanging Garden, and the list goes on. But if you are a rail enthusiast, there is one specific place that you must visit at least once. It’s the National Rail Museum. Why? Well, some key reasons are listed here:

Revisit the golden days of rails

Every Indian city has something special to offer – the yellow and black taxis of Calcutta, the pretty streets of Mumbai, and the heritage in our capital. What binds the entire country together are the rails. We have the largest rail connection globally, and this is not new. It has been there for as long as one can remember. The National Rail Museum has managed to bring in the most outstanding vintage trains on display to celebrate that heritage.

Everything about the history

The gallery inside the rail museum is filled with information that dates back to the origin of the museum. You will find several selections that include signaling equipment and ways of telecommunication in a time without smartphones. You will also find a range of antique furniture on the rails. Moreover, an outdoor gallery serves as home to many locomotives, both steam and diesel. Plus, you will find an array of carriages, wagons, rail cars, and life-sized trains. The sight will transport you back into the good old days.

Have a joy ride in the toy train 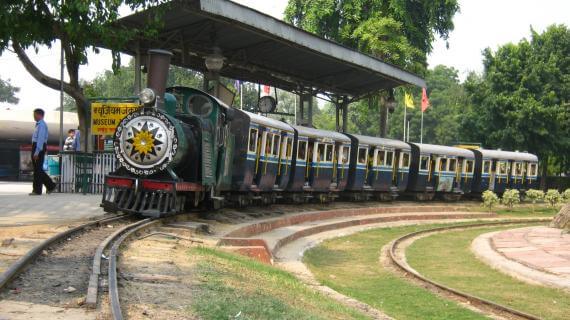 What is the point of visiting a rails museum if you don’t get to ride? The museum provides a joy ride in a toy train that will take you to the extreme corners of the museum. Since the place is huge, it is almost impossible to cover it on foot. So, not only will you save the time and effort to reach the place you want to go to but also experience the fun of riding a vintage locomotive. It is one of the major attractions here, taking you back in time. 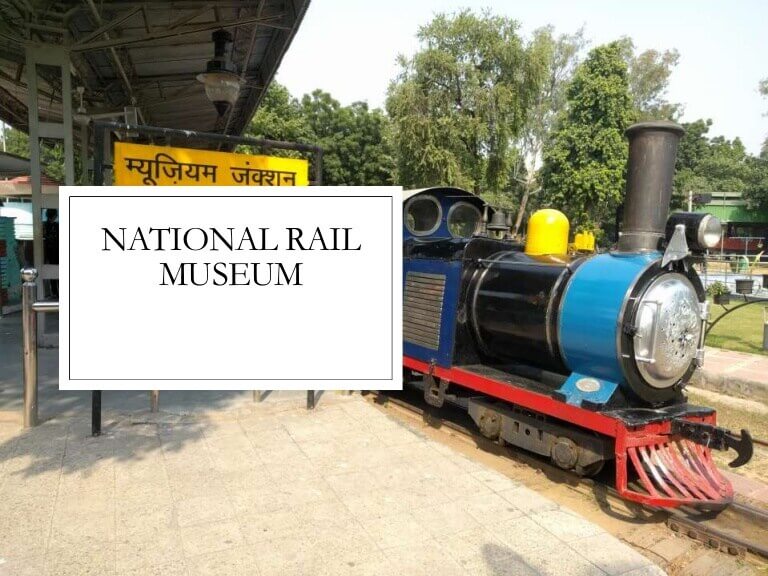 We all want pictures that would get hundreds of likes. But, unfortunately, sitting at home cannot fetch you that. Therefore, you can try the National Rail Museum to find out the picture-perfect moment in a stunning backdrop spread across 10 acres. All you have to do is dress up and pose, and the camera will take care of the rest. Don’t forget to upload the rail museum Delhi images on your social media platforms to make everybody envious.

Souvenirs are a must-buy when on a trip. You know people are waiting for you to come home with gifts. If you are confused about what to take back for them, the museum is something you can rely on. It is also home to a gift shop wherein you will get miniature model trains, alongside T-shirts, keychains and more to serve as keepsakes.

This has nothing to do with the trains, except that you eat inside them. “The Rails” is a restaurant in the museum that still serves food inside a vintage locomotive. That makes you feel like you have a journey back in time when royalty prevailed. You get to enjoy the food that was served to the Maharajas back in the day. Not only the ambiance gets a 5-star rating for this, but the food is also exquisite and a real treat to your taste buds.

What trains can you expect to encounter?

As a rails enthusiast, you would like to have an idea of what you can see. You are promised trains that are now a thing of the past. But here, we will specify what trends are on display. 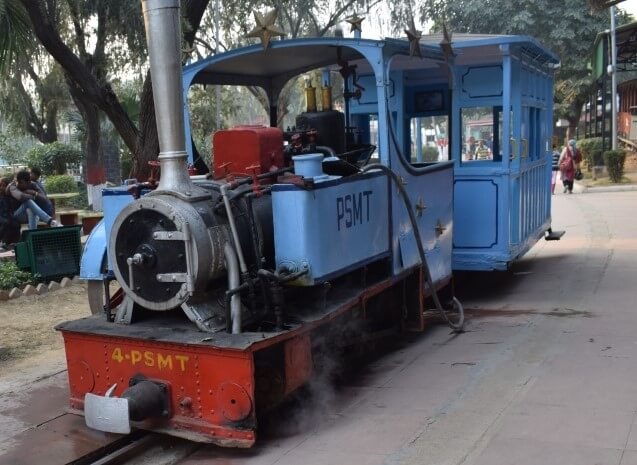 The National Rail Museum houses this monorail, originally built in the 1970s based on the Ewing system. In this system, the train runs on one large track, which is single-railed. It ran for around 9.7 k connecting the towns of Bassi and Sirhind-Fatehgarh.

The last time the train was in operation was in October 1927, before the track was shut down. The train was again discovered in 1962 by Satow with the remains of the engine and the engineer’s car. Eventually, it was restored to its former glory for the museum. 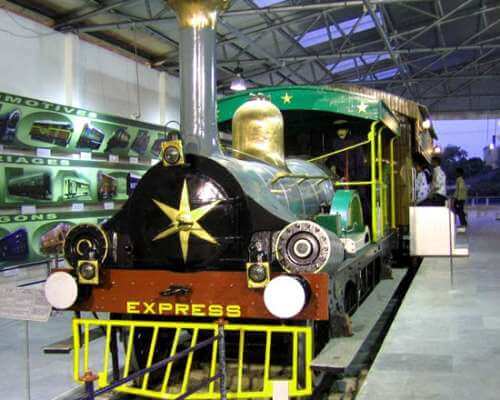 Another brilliant piece is the Fairy Queen, one of the oldest locomotives that is still functioning. This is also known as East Indian Railway Nr. 22. A steam locomotive was built in the year 1855 and ran between Delhi and Alwar.

This is done occasionally as a part of heritage runs. It makes its way into the Guinness Book Of Records as the oldest functioning steam engine. The locomotive was spotted in 1997 in Chennai and has been staying at the National Rail Museum Delhi ever since. 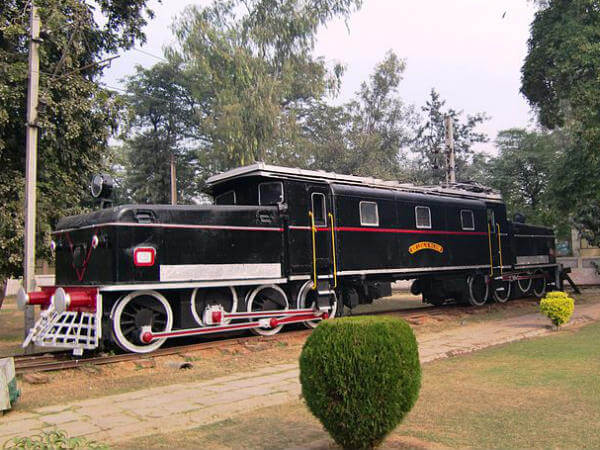 The beautiful train was a property of the Indian Railways, formerly the Great Indian Peninsular Railway. It was developed and built-in in 1928 and was known as the first generation 1500 V DC electric rail. They were also known as Khakis back in the day.

The unique feature of this rail is its weird noises like moaning and swishing sounds when it starts. It features an articulated body, which was ideal for the curved turns of the ghats. 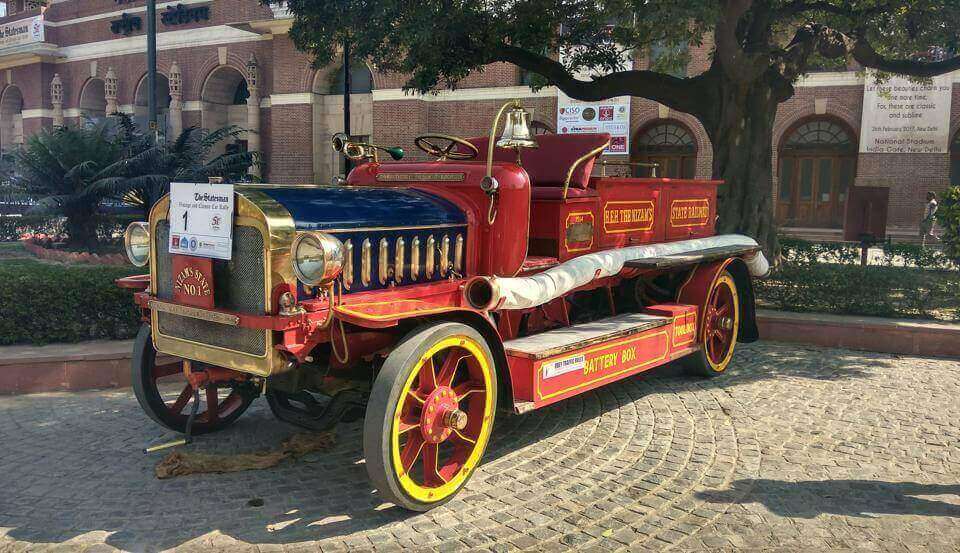 Fire vans back in the day were not vans. Instead, they ran on tracks, just like the Morris Fire Engine built by John Morris and his sons. You can date its history back to 1914. It is obsolete now but has some historic value. That is why it is housed in the museum.

The rail was kept safe by the Whitewebbs Museum of Transport in London. It is the only Belsize fire engine that was developed by John Morris, which still exists. Originally, the tires were made of rubber but were changed to pneumatic tires after the reconstruction.

As millennials, we are always curious about where we came from. We had always wanted to know more about how the country functioned before technology came into the picture. Some of us are old-school enough to want to go back to the good old days when the Maharajas ruled the country. Alas, we cannot turn back time; therefore, we built museums to retain our heritage. The National Rail Museum is one of the many museums preserving the heritage of Indian Railways.