Fedora vs Ubuntu: Which Operating System is Best for You? 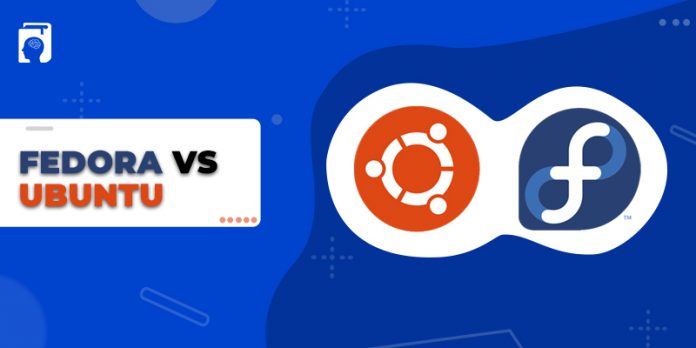 Fedora vs Ubuntu, it’s a tough call. Both are sought-after Linux distributions. When it comes to features, both have a lot of overlap yet are poles apart. It is but human to be confused about which Operating System (OS) to choose for your desktop, especially in lack of knowledge. So, let us come to your rescue with a detailed comparison between the two. Besides focusing on the differences between Fedora and Ubuntu, we also elaborate on what they are and what are their features, benefits, and drawbacks.

Differences between Fedora and Ubuntu

Well, it’s a Linux distro based on an open-source OS created by Red Hat. Since the OS is premised on Linux, it is free to access and has open-source. Fedora OS utilizes the DNF package management, the gnome ecosystem, and the Anaconda installation.

It covers three platforms, including:

If the Fedora Project is something to go by, Fedora is unrestricted, easy to modify, and can be distributed freely. It includes apps and bundled software for enhanced capabilities. The OS provides the same uniformity, operations, and performance as a standard operating system. After Ubuntu, it is the second most popular Linux distribution.

The Fedora Unix has the features to captivate your imagination and perhaps help choose between Ubuntu and Fedora.

Let us walk you through Fedora OS’s advantages. They will help you choose between Ubuntu and Fedora.

The drawbacks Fedora makers need to work upon are:

It is a Linux operating system developed by Canonical Company Limited. It is free to use for both personal and business purposes. The first version to be launched was Ubuntu PC. Later versions were created for Server and Core, which they use in IoT and robotics, respectively.

From the Linux kernel version 5.4 to GNOME 3.28, Ubuntu provides lots of types of software that cover everything, including:

Ubuntu and Fedora both are popular among the developers. But Ubuntu has some extraordinary features that make it stand apart from the rest. These features are:

Ubuntu has a program called LibreOffice that allows us to generate office files, worksheets, and presentations. LibreOffice is an open concept suite compatible with MS Office. That means we can simply and rapidly open and alter files like Word docs, PowerPoint presentations, and Excel sheets, as well as exchange them with others. Google Docs may also be accessed from the computer.

There are a variety of games in Ubuntu, ranging from Sudoku to first-person shooters to keep you entertained. Even games from the Unity and Steam ecosystems are also readily available. One can select from critically renowned games, such as Dota 2 and Counter-strike: Global Offensive. When it comes to Debian vs Ubuntu, Ubuntu has an edge here.

Security measures in the Windows platform are quite conflicting. The makers of the Windows operating system Microsoft also profits handsomely from hogging products that protect Windows apps against security flaws. Even without the inclusion of any overpriced antivirus scanners, Ubuntu is one of the safest options out there. However, it is not 100% malware-free.

Hardware auto-configuration is just another characteristic of Ubuntu Debian. The majority of device drivers come already pre-installed. Anyone who has installed a standard version of Windows knows how time-consuming it is to search for drivers after the OS has been installed.

Virtual desktops are like split web surfing. We don’t realize their importance unless we put them to use. There are a variety of third-party applications for accomplishing the same function on Windows, but only a handful of them work well with Vista and above.

Ubuntu comes with some stunning benefits. You should know them to determine the differences between the Fedora server and the Ubuntu server.

We have summarized the Linux Fedora vs Ubuntu differences in a table form to help you understand more quickly.

When it comes to Fedora vs Ubuntu, it can be hard to take your pick. Both are good desktop operating systems with all the features an everyday user looks for. In the end, it is entirely up to you whether to choose Fedora or Ubuntu. If you are unsure, we recommend generating a live Disc of both options and testing them on a virtual system.