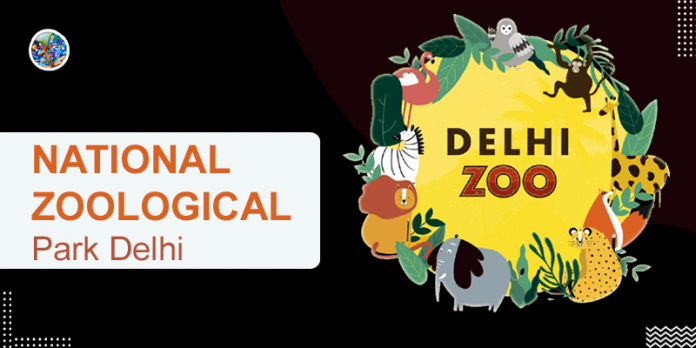 The National Zoological Park is located in Delhi. If you are from Delhi, you can vouch for the beauty and the nature of the place. And, if you are not from Delhi, you should definitely visit it. Spread across 200 acres, the zoo is heaven for naturalists and animal lovers.

The Delhi zoo timing varies according to the season. It stays open from 9:30 am till 7 in the evening in the summers. During winters, the zoo closes at 5:30. It is open all days of the week save for Fridays on some occasions. You are better off inquiring about its status before planning your trip.

How would you reach the zoo?

The National Zoological Park is located near the Old Fort in Khan Market. You can easily book a car, or prefer to experience the lives of regular Delhi people by traveling in the metro. The metro station falls on the violet line, so no matter where you get up from, make sure you find the violet line. Get down at Khan market and head straight to the Old Fort. Just around the Old Fort, you will find the National Zoo waiting for you in all its glory.

Background of The National Zoological Park 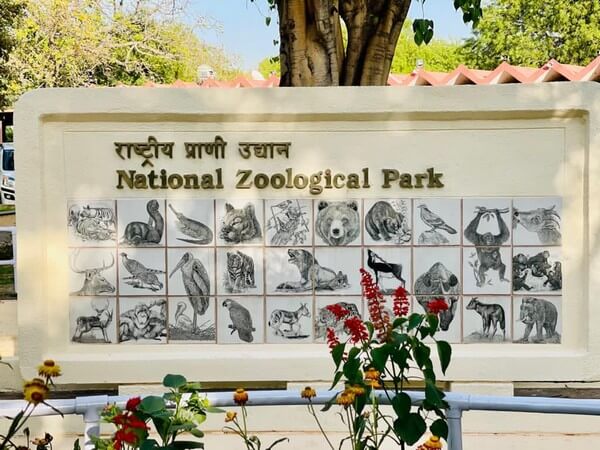 The idea leading to the making of the Delhi National Zoo was proposed in 1951. However, it was finally inaugurated decades later. Nonetheless, the park that consists of the zoo has been around since 1952. That is when the Indian Board of Wildlife went on board with the formation of the zoo. Hence, the board created a committee to look into the matter.

The location was confirmed in 1953 and the creation was finally approved in 1955. The responsibility of the creation was given to N.D. Bachkheti, a senior Indian Forest Service officer. Finally, the construction began in the approved location near Purana Qila and Humayun’s Tomb. It took years for the zoo to come to life with its unique charm.

What can you expect to see? 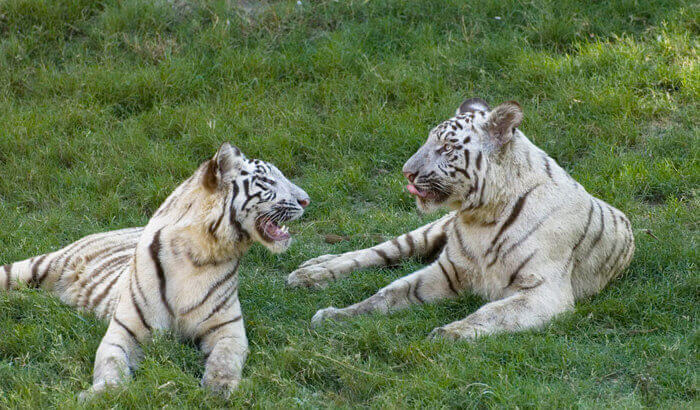 Even animals have a sense of freedom. But, it is sometimes better to keep them in the zoo. Not only for the tourists, but a lot of these animals require care and nurturing. And, that’s exactly what is provided in The National Zoological Park.

You will find over a hundred species roaming about the place. The major attractions include the white tiger, Royal Bengal tiger, white buck, leopard, the giant hippopotamus, Hoolock gibbon, lion-tailed macaque, and many more. All the animals are kept in an area that mimics their natural habitat. You will also find freshness in the air, thanks to the variety of flora scattered all across the 200 acres of the Zoological Park Delhi.

The zoo also houses several birds that will mesmerize you. This includes the great Indian hornbill, the peafowl, eagles, and storks spoonbill. Also; you will find some of the deadliest snakes in the zoo. They are accompanied by other reptiles like the tortoise and different types of lizards.

The goal of the National Zoological Park Delhi 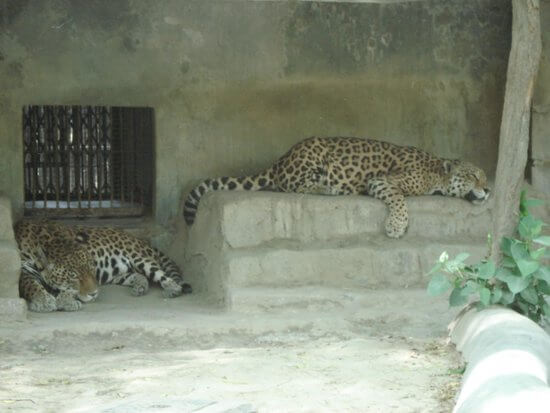 Those who started the zoo and those who are still maintaining it all have the same goal. That is to provide a safer and more enriched environment for the animals to grow in. This is achieved by the conservation education that is provided by the staff to the staff.

Simultaneously, The National Zoological Park is concerned with creating more awareness and compassion for the animals. This will create a more empathetic society self-motivated to conserve precious wildlife through time, effort, and money.

Apart from looking around and absorbing the beauty and the Wildlife of the country, there are more ways to contribute. Many choose to volunteer in cleaning the places and the nearby areas of the Delhi zoo animals. But that won’t suffice. Here are some more serious ways through which you can contribute to the cause.

The animals need care and attention, but sometimes people can be brutal towards them. The National Zoological Park aims to rescue as many animals as possible. Human brutality is not the only reason why these animals require shelter. At times, they are left to survive on their own. That is when the staff look for such animals and bring them to the National Zoological Park. Here, they are looked after and provided the resources that they need to thrive. After ensuring their complete recovery, the animals are taken back to where they came from. 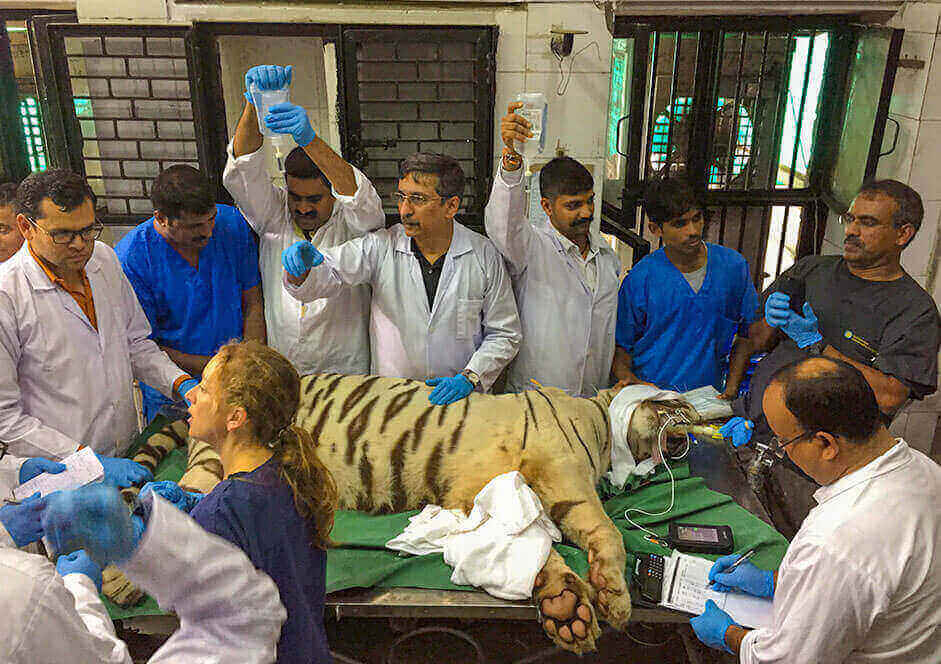 Like any zoo, the National Zoological Park prioritizes the health and safety of the animals. That is why the zoo comes with an in-house veterinary clinic, which excels in looking after the animals, be it before getting sick or after. The clinic also provides routine checkups and vaccinations, besides bringing back the animals from the worst times of their health. They opt for alternative medicines apart from the usual allopathy. That includes homeopathic medicine and ayurvedic herbs that help cure animals naturally.

Many of the animals in the National Park Delhi are marked endangered. Therefore, the zoo has a captive-breeding program. Herein, the animals will be kept in a safe environment where they can breed under the supervision of the experts in the clinic.

While animals are an asset to nature, the lack of a proper environment is making life difficult for them. There are around 70 species, which have been declared endangered in the zoo. According to the Central Zoo Authority or CZA, there must be at least 100 individual animals for each endangered species. People have been wary of saving animals, especially the ones who have already crossed the point of endangerment. To do that, CZA has ruled some guidelines to conserve animals and save their natural habitats.

Proper enclosures will be constructed around the animals that are declared endangered. They are looked after with special care, and routine checkups are ensured. Since 1962, the population of endangered deer has grown enough to be transported to other cities. These cities include Junagarh, Ahmedabad, Mysore, Kanpur, Lucknow, and Hyderabad.

Things to Keep in Mind When Visiting the Zoo 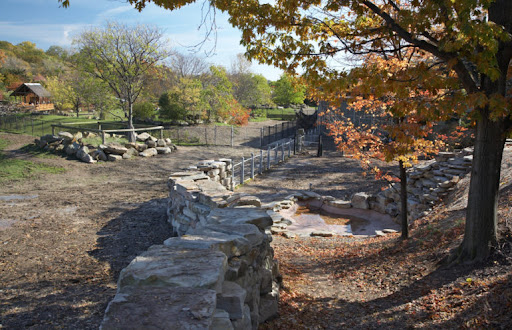 As a guest in the house of 100 species, a few things must be kept in mind. Nobody wants the repeat of the incident of 2014 when a man named Maqsood fell into the white tiger’s den. The beast incurred grave injuries on the man, which led to his death. In response, the zookeepers came up with more security and higher walls. Nonetheless, there are some things that tourists need to take care of. They are as follows:

Who does not love going to the zoo? As kids, it was one of the first places that parents would take their little ones to. If you are in Delhi, visiting the National Zoological Park makes sense. Not only that the view will amaze you, but you will also learn about animals. However, you will have to be careful to not cause any harm or nuisance. It will not only be an issue for the animals but can jeopardize your safety and those around you.