10 Top Tourist Places in Karnataka to Visit Again and Again 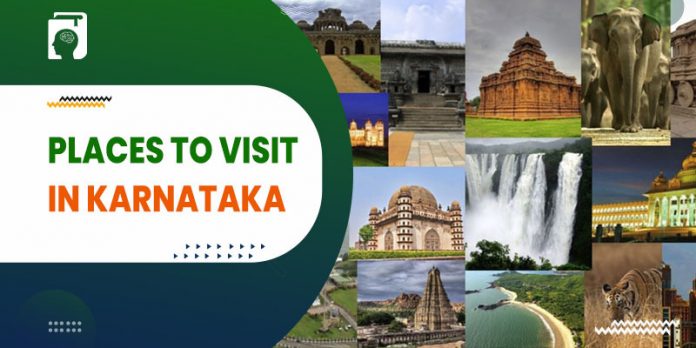 India is a mix of cultures. Anyone who travels from one end of India to the other will be more aware of the country’s diversity. Foreign tourists flock to India because of its hills, rivers, lakes, seas, islands, and deserts. In India, you may experience all types of weather. From the harsh cold of the Himalayan foothills to the sweltering heat of northern India, there’s something for everyone. India is one of the top seven tourism destinations globally, and Karnataka is one of India’s southernmost states.

Karnataka is one of the most interesting states in South India. Karnataka has forests, historical monuments, and temples. Karnataka is a beautiful state where you can explore stunning mountains, beaches, cities, and nightlife while visiting different parts of the state. Regarding the variety of its journeys, Karnataka is unquestionably a tourist hotspot. Everything from ancient temples to modern cities will astound you. The beautiful mountains and spectacular waterfalls will enchant you. Another is the beauty of wildlife preserves and beaches. There are many artificial architectural marvels in Karnataka in the form of temples, churches, palaces, and mosques. If you want to make your vacation different, you can travel to Karnataka. Here’s a look at the top 10 tourist destinations in Karnataka and their highlights. 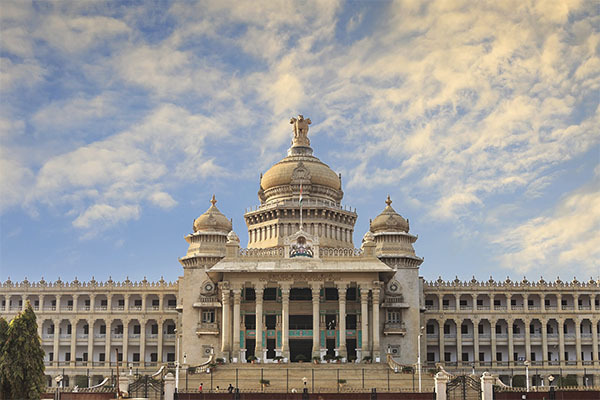 Bangalore (officially known as Bengaluru) is the capital of Karnataka, and one of the largest metro cities in India. Bangalore is also home to several large-scale industries, software companies, aerospace, and communications sectors. Known as the Silicon Valley of India, Bangalore is one of the must-see places in Karnataka. It is one of the fascinator’s destinations on the map of Karnataka. The people of this place present it as a city of tradition, culture, and color. Travelers coming here can feel the inherent joy. The climate here is always mild and favorable, and it is the best place to visit in the summers.

Things to Do in Bangalore 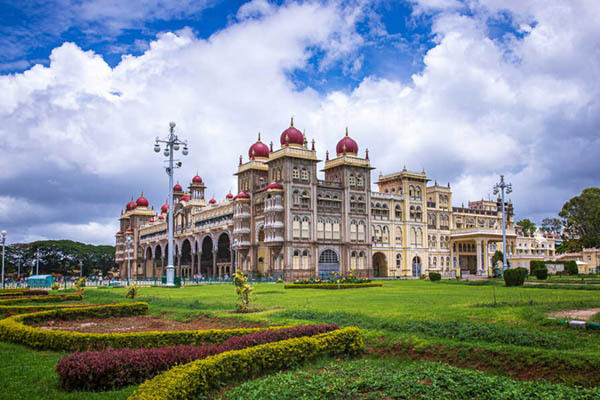 Mysore (or Mysuru) is the third-largest city in Karnataka with multiple monikers, such as Karnataka’s Cultural Capital, Sandalwood City, City of Palaces, and Ivory City. The trails of the city are full of the fragrance of sandalwood and rose. It is a popular destination among tourists for its beautiful gardens and palaces known for their variety of colors and luxuries. Mysore was one of the first cities in Asia to be developed in a planned manner. Today, it is one of the fastest-growing cities not only in Karnataka but also in India. The city was connected to WiFi in 2010. The most visited yoga center in India is nowhere else.

Mysore, also known as Yoganagar, attracts a large number of people from all over India and abroad. People of different colors and languages ​​can be found in Mysore. Tourist places in and around Mysore are Heritage sites, palaces, temples, lakes, bungalows, and gardens. There are many palaces in the city. The most important of these is the Mysore Palace, also known as the Amba Palace. Mysore Palace is one of the must-visit attractions in India.

Things to Do in Mysore 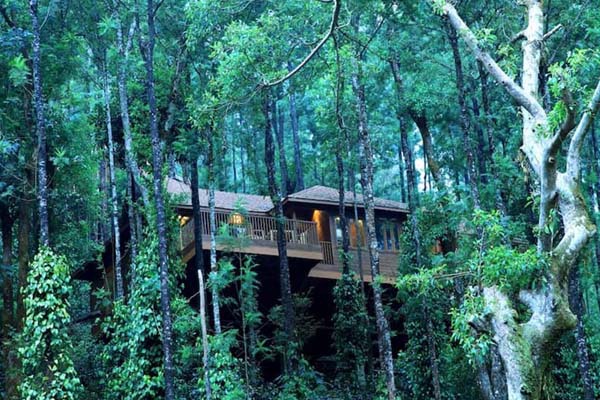 Coorg is a district in the state of Karnataka, India. It is a district located mostly in the Western Ghats, with teak forests and beautiful valleys. This is the source of the river Cauvery. Foreigners come to stay at homestays in coffee plantations. Coorg is waiting for you with a blanket of the fragrance of coffee and oranges, never to be covered in snow. You will fall in love with Coorg at first sight. Coorg is popularly known as the ‘Scotland of India’ and the ‘Kashmir of Karnataka’. There are evergreen forests, lush green plains, misty hills, coffee and tea plantations, orange groves, rivers, streams, and temples. Coorg is one of the fascinating destinations on the map for tourists of the Western Ghats. Climate and nature are the stars of Coorg. Along with the ubiquitous coffee, tea gardens, forests, and old temples, monuments of historical significance make Coorg a total tourist spot.

Things to Do in Coorg 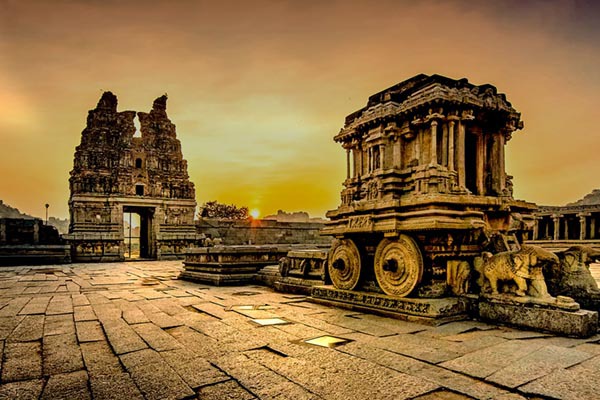 Hampi is a village in North Karnataka. Hampi was earlier known as Pampa, the ancient name of the river as it was built on the banks of the Tungabhadra River. Hampi has many historical monuments of the ancient city, and it is a UNESCO World Heritage Site. The remnants of the Vijayanagara Empire, forgotten centuries ago, are scattered in Hampi.

Everyone would recommend visiting Hampi whenever they go to Karnataka. Named for its architecture during the Vijayanagara Empire, the area was established by the United Nations Educational, Scientific, and Cultural Organization. Although Hampi looks like ruins, more than 500 temples exemplify architecture.

Things to Do in Hampi 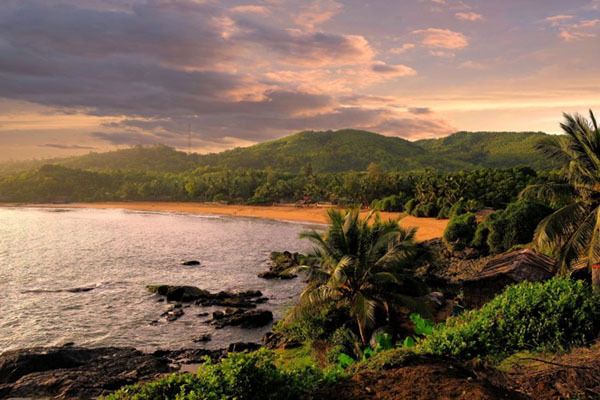 Gokarna in Karnataka is a popular destination among Indians and foreigners alike. Silence, serenity, and places of worship attract people to Gokarna. Inexpensive guest houses and homesteads are available here, and you can stay here for a long time at a minimal cost. Gokarna is also a Hindu pilgrimage center and tourist destination. Gokarna is mentioned in many Hindu myths and legends. The town is located around the Mahabaleshwar Temple.

The beaches of Gokarna are also popular tourist destinations. The Gokarna area is a place of great comfort for travelers who are depressed. Here, the travelers who come once will not mind going back. The Mahabaleshwar Temple here is an example of artistic architecture. The view of the sunset from Om Beach is beautiful. Underwater sports and boat rides are some of the most popular activities here.

Things to Do in Gokarna 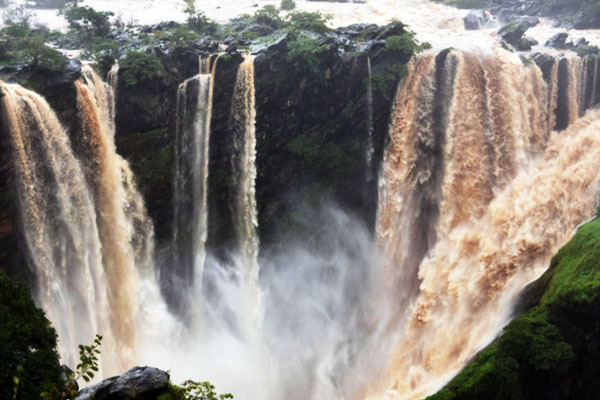 Jog Falls is one of India’s tallest waterfalls. Jog Falls, in Karnataka, spills its rocks and dunes and falls from 830 feet in height. Every year, thousands of visitors from all around the world come to view this show. A tributary of the Sharavathi River, Jog Falls is also known as Jerusalem Falls, Gersoppa Falls, and Jogota Kundi. This waterfall is also divided into four sections: King, Queen, Rocket, and Rover. This waterfall is located 401 kilometers from Bangalore, the state capital of Karnataka. You can take a direct bus from Bangalore to this place. August-December is the best time to visit Jog Falls.

Things to Do at Jog Falls 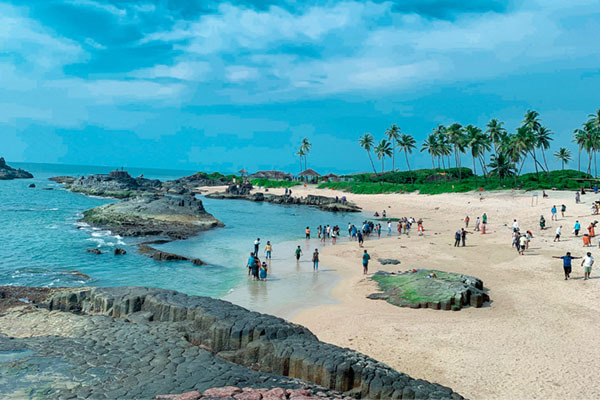 Udupi always has a festive atmosphere. Although Udupi is famous for its temples, the beautiful beaches also attract tourists. You will enjoy camel rides and evening views of Malpe Beach. You have many beaches like Mattu, Katike, Polippu, and Kapu. Udupi also offers a trip to St. Mary’s Island.

Udupi is famous for its temples and diverse cuisine. The Udupi special masala dosa is famous in the world. So, this is one of the best places to visit for food lovers. Besides, other attractions of Udupi include the beautiful beach of Malpe (St. Mary’s Island) and the boat ride there.

Things to Do in Udupi 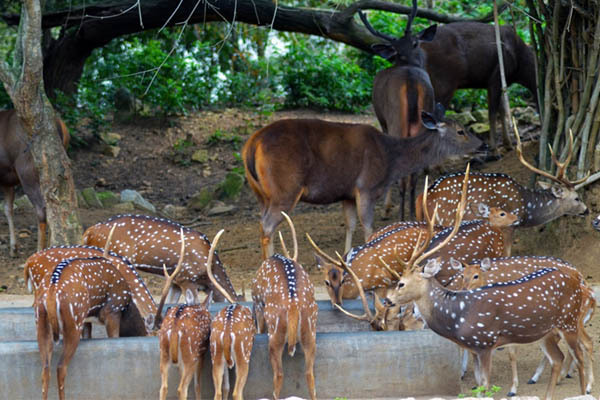 Near the city of Bangalore, the Bannerghatta National Park is a great place to hang out with kids. The main attractions of the place are the zoo, the park, and the jungle safari. Bannerghatta is busy during the weekend, and those who come here during rush hours have to stand in a long queue to get entry tickets.

Things to Do in Bannerghatta National Park 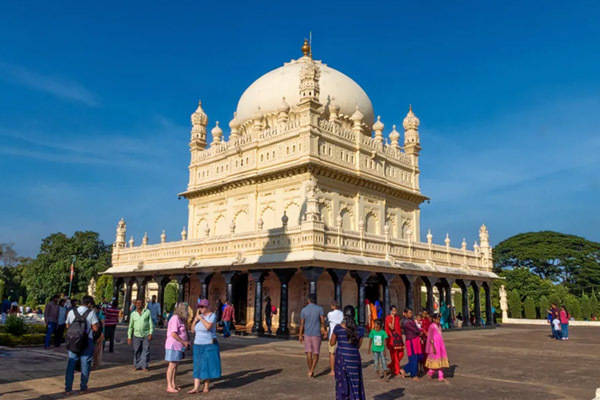 Srirangapatna is a town located in the Mandya district of Karnataka. Situated close to Mysore, one of the important cities of the state of Karnataka, this city is a place of great historical and cultural significance. Srirangapatna was the capital of Mysore during the reign of Hyder Ali and Tipu Sultan. During the reign of Tipu Sultan, the kingdom of Mysore spread throughout South India. The palaces and forts of Tipu Sultan, as well as many Indo-Islamic-style monuments now preserved by the government, were built during this period. It was on this soil that Tipu Sultan was shot by the British. 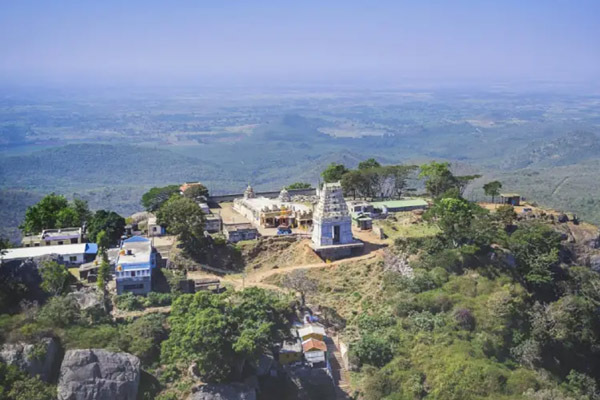 BR Hills is located in the Chamarajanagar District of Karnataka. BR is the short-term for Biligiriranga Hills. At an elevation of 5091 feet above sea level, BR Hills is located on the eastern border of the Western Ghats. The BR Hills is home to some of the unique biodiversity in the East and West. April to the end of November is the best time to visit the BR Hills. In the middle of these months, the natural beauty of the forests and the climate here is cool and pleasant to enjoy. You lose yourself amid the forests and wildlife of the BR hills.

Things to Do in BR Hills

Karnataka is a beautiful place to visit if you wish to visit a tourist destination rich in natural wonders such as beaches, forests, mountains, and waterfalls. It boasts some of India’s best beaches, animal sanctuaries, and other interesting sights. You can plan a few days of the trip here while planning your vacation. You might want to return sometime to Karnataka to take a break and unwind. So you must choose this location for your next holiday.