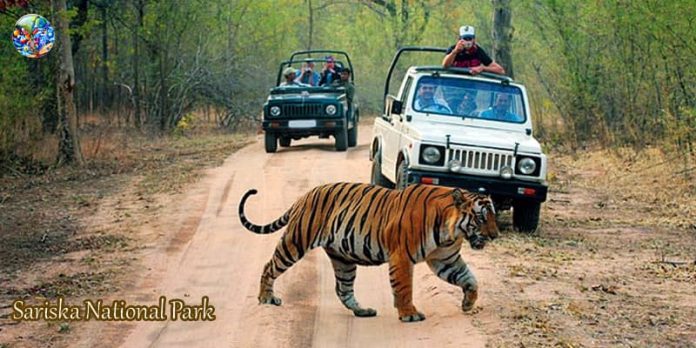 If getting up close and personal with nature is your idea of a vacation, then Sariska National Park in Rajasthan is the place for you.

From the serenity of high mountains to the blissful ocean shores, there is plenty to experience and live through India. The home to 28 states and 8 union territories serves enthusiasts everything they can wish for. Think a serene stay, a rocking party night, an escape amidst nature and whatnot!

Rajasthan is the crown jewel of travel destinations in India. The state offers its visitors a chance to pause and take a moment in life appreciating the culture, history and wildlife. The need for escape from the cacophony of city life pulls urbanites to the tranquillity of nature in the lush greenery of Sariska National Park in Rajasthan. It’s a wildlife sanctuary famed for its tiger reserve that helps vacationers to connect with nature and admire its marvellous creations. 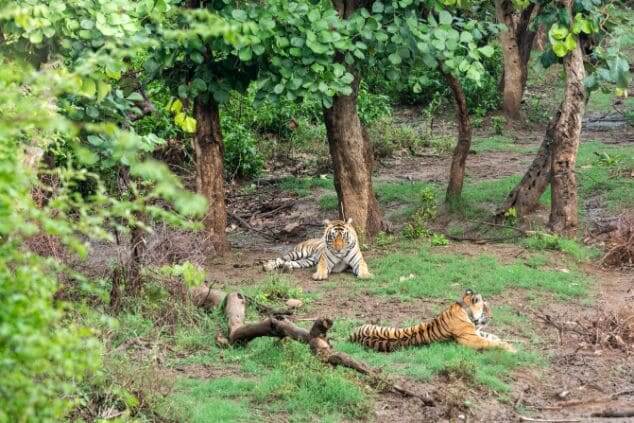 Nestled in the Alwar district of Jaipur, Rajasthan, Sariska National Park is one of the country’s most visited national parks. It is about 107 kilometres from Jaipur and spans an unfathomable 800 square kilometres of territory. The park is exclusively taken care of and managed by the Rajasthan government.

With deciduous trees, fields, rugged scenery, and cliffs, the park is separated into different sections. The Sariska National Park surrounds the ‘Siliserh Lake’ and the ‘JaiSamand Lake’ that are home to crocodiles, water snakes, and other exotic land and water species.

The sanctuary also has the ruins of old Garh-Major temples dating back to the 11th century. A 17th-century fort on Kankwari’s peak also offers a beautiful view of swooping vultures and eagles. If lucky, you might come across several carnivores, including, but not, limited to hyena, jackals, wild cats, dogs, leopards and tigers in their natural habitat.

The park is well-connected with all major cities, including Hindaun (106 Km), Jaipur (107 Km) and Delhi (120 Km). It’s part of the Aravalli Range and the Khathiar-Gir ecoregion of dry deciduous forests. Mineral resources, such as copper, are abundant in the region. The rampant marble mining continues to pose a hazard to the environment despite the prohibition ruled by the Supreme Court.

1. The Flora of National Park

The forests of Sariska National Park are dry and deciduous. Dhok is the most common tree variety, with gentle to direct inclines accounting for over 90% of the tree cover. Dhok’s dried and fallen leaves aid animals in surviving the winters when food is scarce. The woodlands turn a lush green colour throughout rainfall months and are completely dry by late spring.

Salar samplings are bolstered by the edges on steep dry slants. Khair and Cheela can be found in valley beds. Bamboo only grows to a limited extent in wet and chilly areas. Aam, Jamun, Arjun, and Bahera grow in clammy despair on Nallah banks. Among other plants are Ber and Adusa that make up the majority of the ground spread. Great grain species include Zizyphus and Grewia.

2. An exotic range of Fauna found in Sariska Wildlife Sanctuary

The Sariska National Park is a habitat for a diverse range of species. In terms of creature distribution, the reserve is unique. Jaguars, jackals, hyenas, and jungle cats are some of the examples of forest carnivores. Caracals and wild dogs are rarely observed. Sambhar, Chital, Wild Boar, Nilgai, Hare, and Porcupine are among the major prey populations.

The wild animals in this area appear to have picked their territory. Chitals and Nilgai can be observed from Kundli and Tarunda, Kalighat, respectively. Likewise, the Pondupole Nallah is the habitat of unique antelopes known as Chausingha. Chausingha is also the world’s only Indian buck with four horns and can be easily spotted in Sariska National Park.

Sariska Tiger Reserve is the haven of Bengal Tiger in Rajasthan’s Alwar district. This region was once a hunting preserve for the state of Alwar until being designated as a wildlife sanctuary in 1958.

It is believed that the Maharaja of Alwar used to visit Sariska jungles for his hunting adventures until the practice was outlawed in 1955. In 1978, Sariska was finally declared as a tiger reserve, becoming part of Project Tiger, a nationwide initiative to conserve tigers.

With around 273.8 km square, the wildlife sanctuary was designated as a National Park in 1982. It is the world’s first tiger reserve that has successfully moved tigers via helicopters. The Northern Aravalli leopard and animal corridor is a critical biodiversity area here.

The sanctuary is also known for the Sariska National Park Safari. The safari experience allows visitors to have a glimpse of Langurs and Rhesus monkeys in their natural habitat. Talviksh is the centre of Rhesus’s primary population, and it is possible to view them in herds. Pandupole, Slopka, and Kalighat also have large groups of langurs lurking around.

Sariska Sanctuary is a perfect destination to experience flora, fauna and even architectural and religious sites. The Sariska Sanctuary, amidst the Aravallis, has a special mention in the Mahabharata also. This is where the Pandavas spent their final year of exile. It was also here Lord Hanuman overpowered the mighty Bhima. There is a shrine sanctified to Lord Hanuman here as proof.

All this explains the wide range of temples and forts constructed around this wildlife sanctuary. Let’s visit some of them- 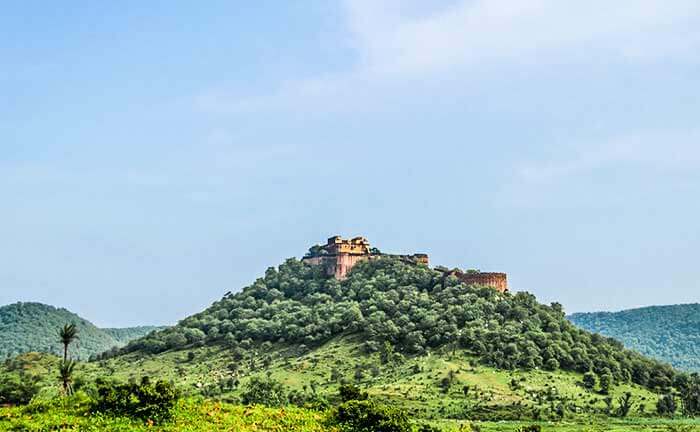 Sariska has attracted the interest of various kings over the years. One of them was Maharaja Jai Singh II who built the famous Kankwari Fort here.

Hillocks surround Kankwari Fort in Alwar with beautiful manors and expansive green glades, which add to the splendour of this already magnificent stronghold. 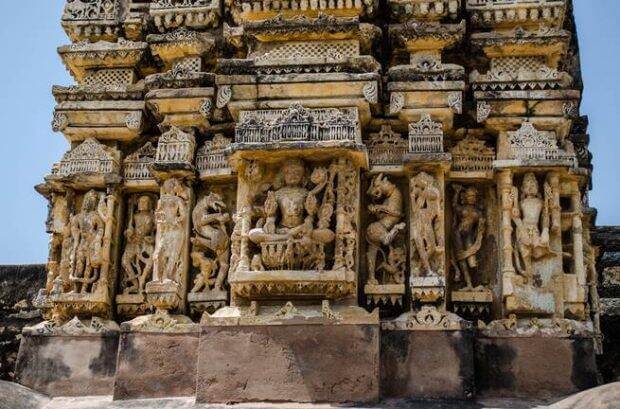 Lord Shiva is the primary focus of the old Shiva sanctuary, also known as the Neelkanth sanctuary. The national park is known for both wildlife tourism and spiritual tourism.

A towering rock leads to this sanctuary, which is set on a different slope near the park. Photography is not permitted within the premises. The clerics’ graves are the small cases that seem like sanctums outside the sanctuary. The sanctuary is surrounded by low slopes, and the original protective divider can still be seen.

A famous folktale tells us that the sanctuary was kept safe by honey bees who chased Aurangzeb away when he attempted to demolish the temple. 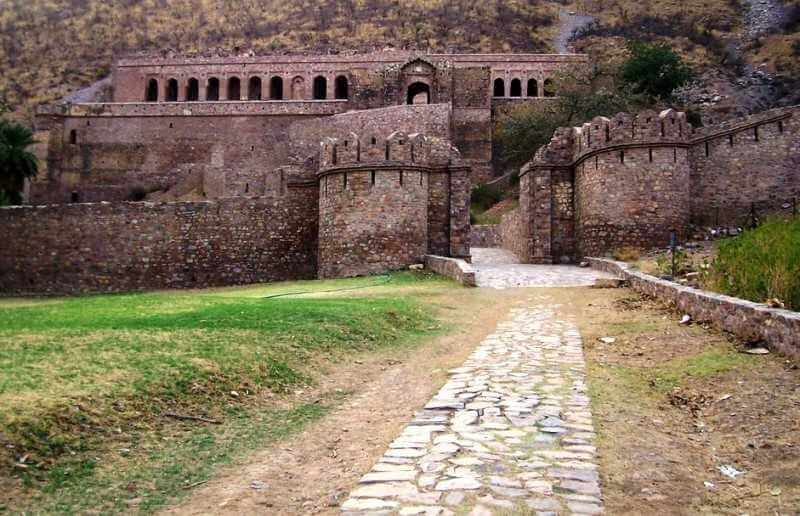 If you are the one who enjoys eerie tales, then Bhangarh Fort of Rajasthan is a must-see.

Bhangarh Fort is believed to be India’s most haunted location, which is located between Jaipur and Delhi. The place is notable for its ruined structures and is a visually exciting location with some undiscovered paranormal legends.

Visiting this place would add some unexplained thrill to your trip. 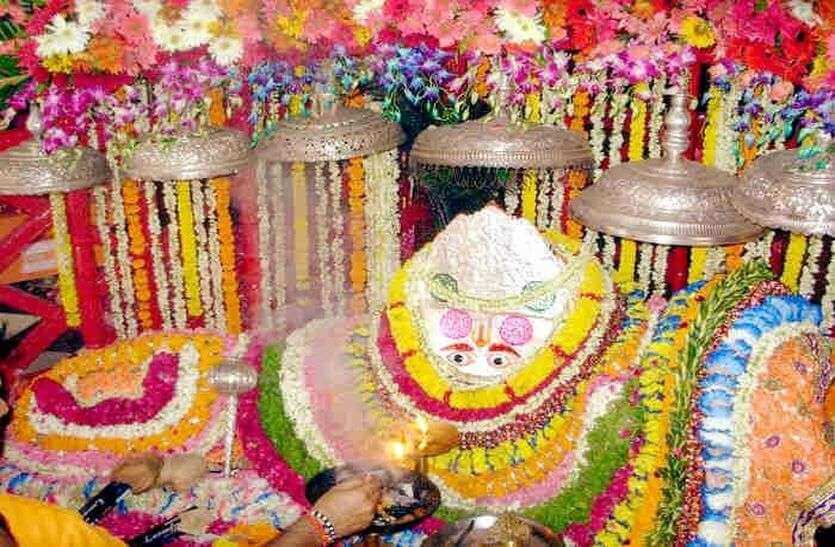 To all the devotees, Hanuman Temple is another must-see near the national park. This is one of Sariska’s most famous temples, located within the sanctuary. The breathtaking grandeur of the rocks and the beautiful architecture might leave you speechless.

The massive idol of Hanuman Ji; an Indian god resides inside this temple. Some jubilant langurs, macaques, and a variety of birds can also be seen here. The magnificent waterfall is also accessible provided you visit this location during the monsoon season. 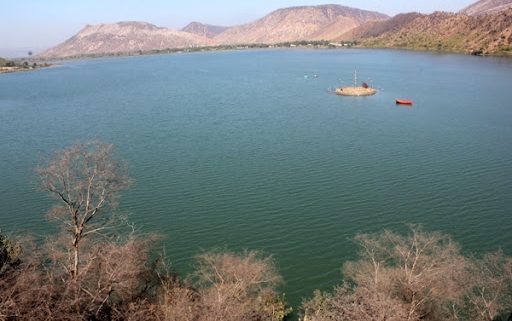 Siliserh Lake is about 13 kilometres away from Alwar city, treated as a stopover by tourists visiting Sariska National Park. The lake captivates tourists with a mesmerizing beauty, urging them to prolong their stay here. The lovely Siliserh Lake Palace offers the option of staying with a stunning view of the 10.5 kilometres lake, as well as the beautiful Aravali slopes.

As per legend, Maharaja Vinay Singh built this lake to ensure water supply to Alwar in 1845. Maharaja also made an outstanding Lake royal palace for his dearest spouse Shila, which served as a lake castle and a chasing lodge during his reign. 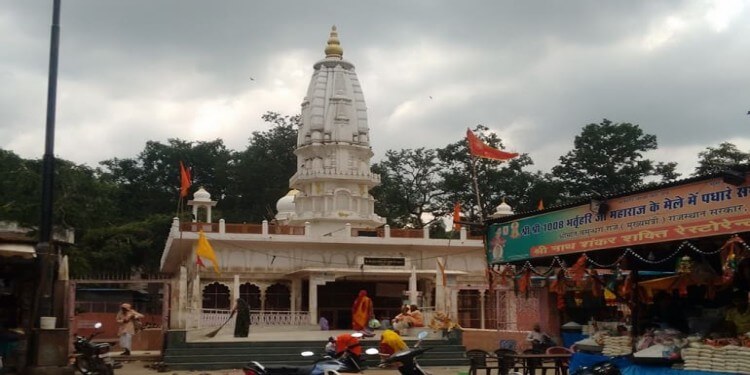 The magnificent Bharatrihari temple, which is over 1000 years old, is dedicated to Bhartrihari Baba, the monarch of Ujjain back then. It features floral columns, open corridors, and stunning arches in classic Rajasthani architecture.

According to legends, the Bhartrihari Baba was endowed with magical abilities and granted visitors wishes made at this temple. Baba’s devotees maintain a lamp and a Dhuni (fireplace), both always lit.

The Bhartrihari Temple commemorates all of Lord Shiva’s festivals, and every year in the month of Bhadrapada, which occurs between August and September. A fair is organized and celebrated in the temple.

How to reach Sariska National Park

The nearest rail station is the Alwar Railway Station, just 37 kilometres away from the park. The railway station has direct connections to major city centres, including Delhi, Mumbai, and Jaipur.

Sariska National Park can be easily reached by road via frequently available buses and taxi services. Both Government and Private bus/taxi services are available from all of Rajasthan’s major cities.

Tourists can indulge in wildlife expeditions by booking a ‘hide’ in one of the water holes, which gives tourists a great view of the wildlife in Sariska National Park. However, authorization from the Forest Reception Office is required for the same.

The Sariska National Park serves as a delightful retreat for visitors looking for quiet and limitless stretches of diverse vegetation near Jaipur, Rajasthan. Since the Sariska Forest was declared a National Park, tourism has picked up multifold. The exotic flora and fauna preserved in their natural habitat offer nature lovers something to cheer about. The preservation program of Bengal Tigers further adds to its significance.

Be it for history buffs or wildlife enthusiasts, Sariska National Park is a perfect destination for all interests and age groups. It’s hard to capture the magnificent forest in one visit, and it’s common for tourists to visit Sariska over and over again to witness nature at its mesmerizing best.