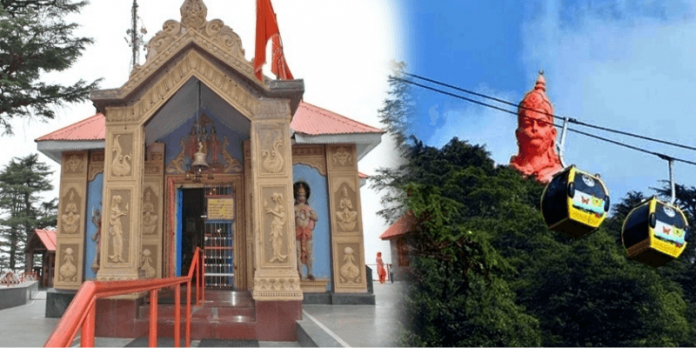 Jakhu Temple is an ancient Shimla temple dedicated to Lord Hanuman, a Hindu deity. It is located 2.5 kilometers (1.6 miles) east of the Ridge on Jakhu Hill, Shimla’s highest point, at a height of 2,455 meters (8,054 feet) above sea level. Every year on Dussehra, a festival is held; prior to 1972, it was held in Annadale. One of the world’s tallest statues, Shri Hanuman Jakhu, can be found inside the temple grounds.

Hanuman rested here while looking for the Sanjivni Booti to resurrect Lakshmana, according to the Ramayana. On November 4, 2010, the Jakhu Hanuman temple unveiled a 108-foot-high Hanuman statue. Abhishek Bachchan presided over the official unveiling. From this Jakhoo Hill, visitors can take in the beauty of Shivalik and its sister city, Sanjauli. And Shimla has a plethora of breathtaking sights to add to your adventure. If you are a nature lover, you should have come here sooner rather than later. The Dussehra festival party is the biggest event. At this festival, locals, as well as visitors, come together to celebrate. 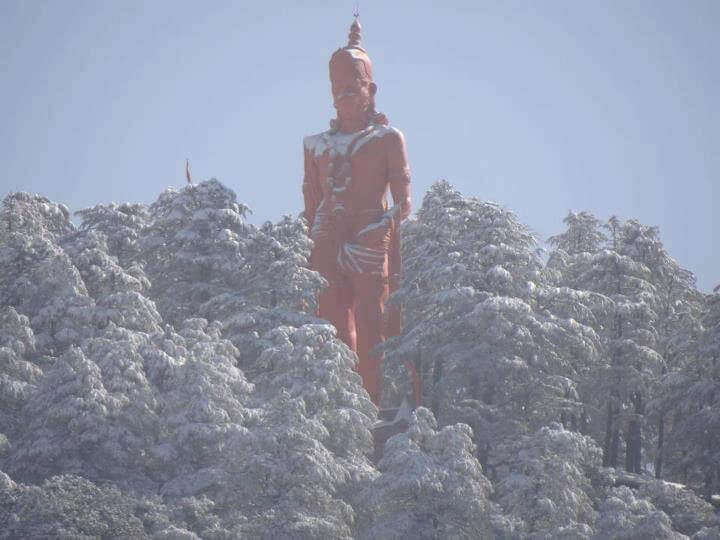 The location is ideal for nature lovers, adventure seekers, religious pilgrims, and those who are passionate about capturing the majestic beauty of the region. You can come here as soon as possible if you are eager to witness the adventure and beauty. Hanuman is said to have rested on this hill while carrying the ‘Sanjeevani’ plant to revive Laxmana, who had been severely wounded in the war against Ravana. You can see a thousand different species of flora and fauna when trekking up 2 kilometers to your destination. You would be mesmerized by the panoramic view of the sunset and the rising sun. 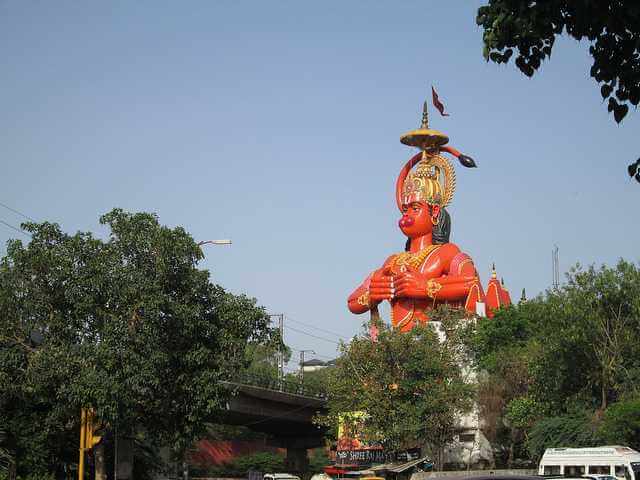 The best time to visit Shri Hanuman Mandir Jakhoo is at any time of year. It is available from 5:00 a.m. to 12:00 p.m. and 4:00 p.m. to 9:00 p.m. every day. You are free to visit whenever you want. You can go there in the months of January and February to experience the snowfall.

How to Reach Jakhu Temple, Shimla

Flight Route: Jubbarhatti Airport is the closest airport to Shri Hanuman Mandir Jakhoo. The gap between Jakhoo and Shimla Airport is 25 kilometers. The trip from the airport to Monkey Temple will take you just 56 minutes. Support provided by airlines.

Road Route: Shri Hanuman Temple Jakhoo is connected to numerous major Indian cities through Shimla’s well-constructed route, including Chandigarh, Delhi, Dehradun, and Kalka. You should use a bus or a taxi to get there.

Attraction or Things to do 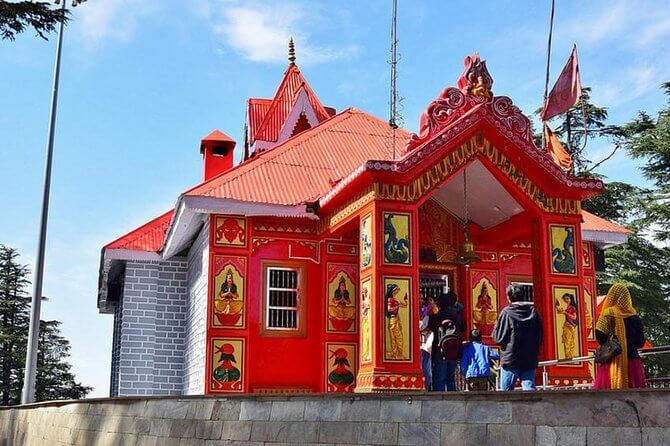 The temple’s most impressive feature is a 108-meter statue of Hanuman, Hinduism’s most powerful god. You can see a lot of nature’s grace when walking through the temple. You can go on a solo trip here if you like, but the location is also ideal for family vacations and, in particular, honeymoon couples. The temple is holy enough for senior citizens to find peace here. 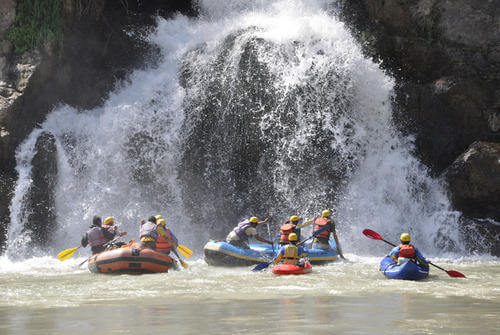 It is situated about 60 kilometers from Shimla and offers an unrivaled combination of natural beauty and adventure.

2. Ice skating in the circular road 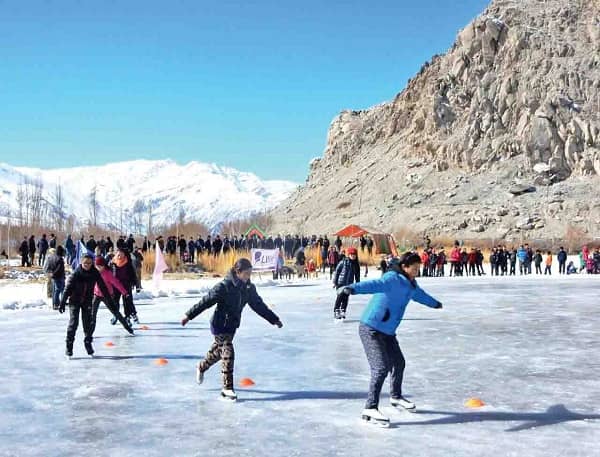 It is the most popular tourist attraction. Every year in December, the Himachal Tourism Department hosts a tournament. 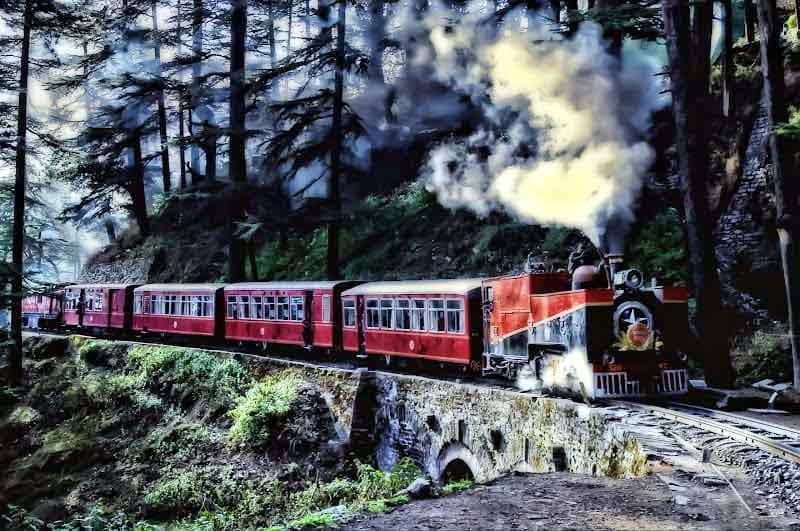 It was designated as a UNESCO world heritage site a few years ago, and the breathtaking views from the train are just breathtaking. The first train left Kalka at 4 a.m., and the last one left at 12.30 p.m. 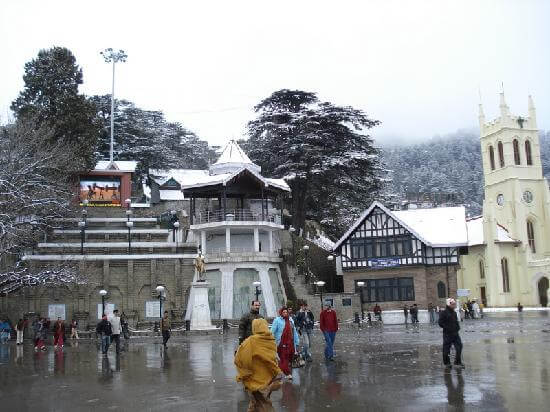 Shimla’s most popular tourist destination. The heart of Shimla, without a doubt. The majority of the festivals are held here. 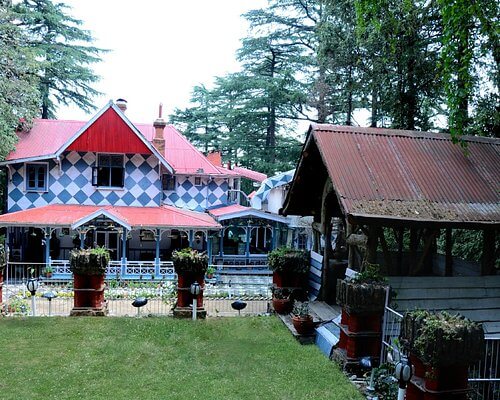 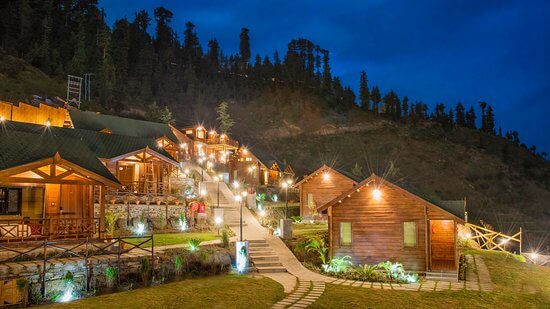 From the hills or the mall road in Shimla, you can see Hanuman’s large statue. Of course, you’ll be interested in seeing this place. This is a well-known location in Shimla. You can get there by climbing or using a ropeway. Keep an eye out for primates, since they are prone to snatching.