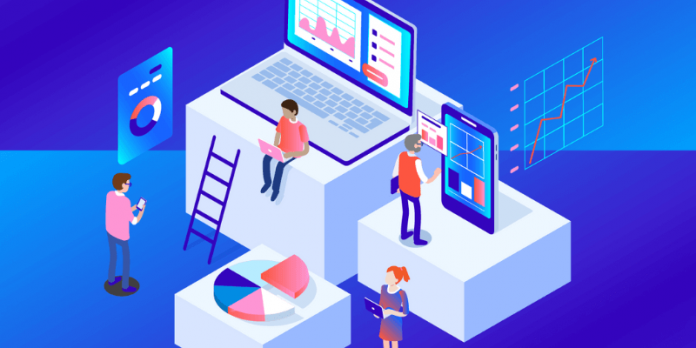 Here is a list of computer science projects earnestly sought by the students.

The application will be a web-based application for visually impaired persons that uses IVR (Interactive Voice Response), allowing everyone to operate their email accounts with just their voice and read, send, and perform all other useful operations. The system will issue vocal orders to the user to accomplish a specific action, and the user will answer in kind. The fundamental advantage of this method is that it eliminates the need for a keyboard. The user will only be able to answer through voice and mouse clicks.

Face detection software is one of the finest places to start when it comes to hands-on computer science projects for students. The goal of this project is to create face detection software using the OpenCV library. Faces will be detected in live-stream footage from webcams or video files kept on a PC’s local storage using the face detection application. The software sees and tracks faces in real-time using pre-trained XML classifiers. This detection tool also allows you to use different classifiers to recognize different things.

Using the fraud detection method with binary classification, this project will construct a secure online auction system. If a user wants to purchase goods through an online auction, they must give identity information such as their PAN number, email address, and license number, among other things. The users will then be screened, authenticated, and authorized by the system. The auction is only open to permitted users. The system will be designed to detect and forecast fraudulent users early on, reducing the danger of online fraud and scams. These computer science assignments for beginners will help you lay a solid basis for fundamental programming ideas.

This project focuses on building an e-Authentication system using a combination of QR code and OTP for enhanced security. The e-Authentication system is designed to avoid hacking of accounts through shoulder surfing and misuse of login credentials. To use the system, a user has to first register with the system by entering the basic registration details (name, address, zip code, etc.).

This computer science project involves building a prediction system that can analyze and predict a particular location’s crime rate. Naturally, the system needs to be fed with relevant data. It uses the K-means data mining algorithm to predict the crime rate. The algorithm will analyze crime data stored in a database and extract information and patterns from it. It will then collate the crime groups based on the patterns found in the dataset. The clusters will be made based on factors like where the crime took place, which people were involved in the crime, and when the crime occurred.

The Android battery saver analyses energy usage data from built-in classes and compiles a list of apps that drain the battery on Android phones. The phone’s battery level can also be determined by the system. The power saver system does not have a backend, but it does have an Android Studio frontend.

The goal of the proposed project is to create a system that can recognize symbols that are entered by the user. To analyze photos and recognize symbols, this symbol identification system uses an image recognition algorithm. The technique first converts RGB objects to grayscale images, which are then turned into black and white. Image processing is used to remove undesirable items and environmental disturbances throughout the procedure.

This project uses web annotation on pages and images. When the user enters words, names, or phrases into the system, it will fetch the information and pictures having the same annotation. Then the system displays a list of results that contain the image or content matched to the user input. For this search engine, you need to use an effective algorithm to generate a query result page or search result records based on users’ queries.

Users can create new books, designate the context of books, add the title, number of pages, add a book cover, and so on after filling in the relevant parameters. Existing users can log in with their ID and password and either produce new books or resume updating their previously created (but unfinished) eBooks. Authors can only have three unfinished eBooks at a time, and they must finish at least one of them before starting a new one.

Tkinter is a GUI library in Python from which we can create multiple GUI apps. Using Tkinter, we will develop a notepad that works like a text editor. This notepad will have a menu to create a new file, open an existing file, save the file, edit, cut, and paste; all functionality will be there.