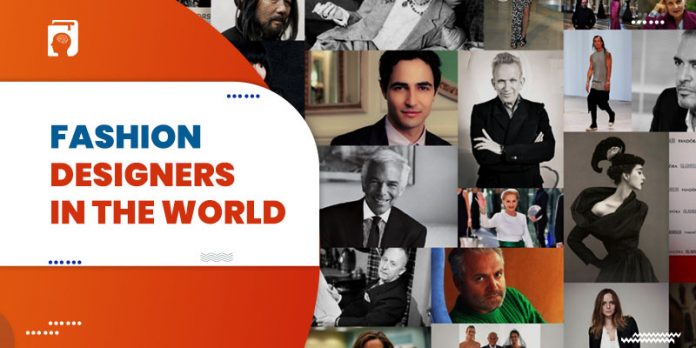 “Fashion is instant language.” – Miuccia Prada. Fashion doesn’t need words to express. It expresses itself profoundly. Think of fashion as a form of self-portrayal that makes you feel confident, inside out. It’s hard to verbalize the power of fashion. It can be just experienced. Fashion is all about creativity and evolved design sense, powered by some maverick fashion designers.

These professionals create costumes, footwear, and accessories to help us dress sharply and rise to an occasion. Ever wonder who are the best international fashion designers? Well, we have curated a list of the top ten of them.

Top Fashion Designers in the world 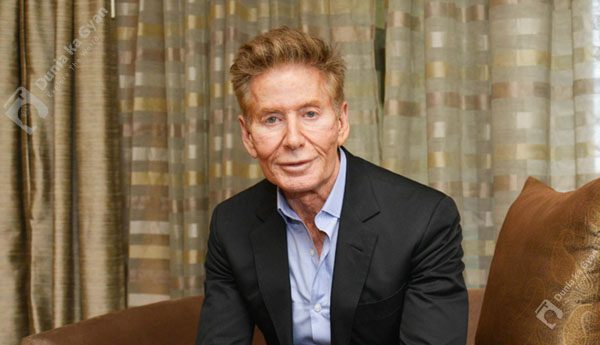 Well, the name is a brand in itself. He was born in a Jewish family in NYC in 1942. Calvin is an alumnus of the Fashion Institute of Technology in New York City. An epoch-making event in his life came in 1968 when he came up with Calvin Klein Inc., an American Fashion House with his childhood friend, Barry K Schwartz.

Now, Calvin Klein is one of the leading fashion designers in the world, providing a wide range of clothing for him and her, including several celebrities and models. His tally of awards is impressive, including the prestigious three Coty Awards in women’s appraisal. His men’s wear, cosmetics, perfumes, and many more designer products are hot-sellers globally. 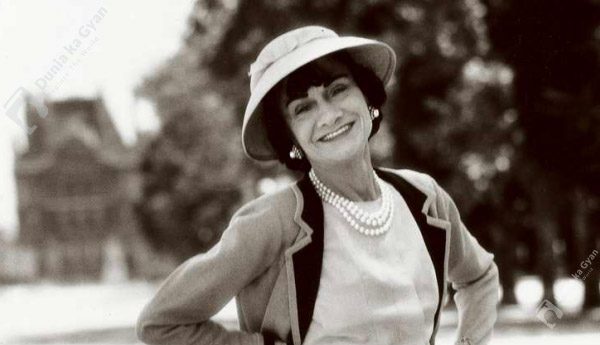 Gabrielle Bonheur Chanel once famously stated, “I don’t do fashion, I am the fashion.” Acknowledged as the best fashion designer of all time by many, she is the brain behind Chanel, a luxury brand with global appeal. Initially, her designs were so comfortable and attractive that they inspired women to cast aside their uncomfortable attires.

Despite World War 1, Coco came up with innovative fashion outfits, which no one ever imagined. Understated waist, shirt dresses, pants, and beach pajamas for women, Coco invented it all and more to help people dress sharp. She is credited with creating the “Little Black Dress” (LBD) by the early 20s when gender inequality started deteriorating. According to her, “a female should be two things, classy and fabulous.” 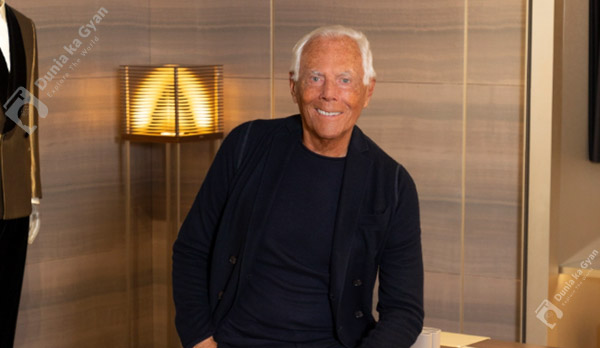 An Italian by origin, Giorgio Armani is rated among the most famous fashion designers in the world. For Armani, it all begins at the University of Milan where he got a degree in medicine. Later, he joined Military service in the Medical Department. After the end of the duty period, he started his career in the fashion field as a window dresser to the seller of menswear. Here, he gained first-hand experience of the consumer’s tastes and preferences.

Finally, he realized that designing clothes is his true calling. Giorgio Armani and his friend, Sergio Galeotti started their entrepreneurial journey in July 1975 when they incorporated Armani. When the world was using bold colors, he decided to stick to neutral and pastel colors only. He provided innovative, sophisticated, and classy attires that clicked instantly. Armani later expanded into accessories, women’s wear, cosmetics, glasses, perfumes, watches, and other premium goods. As of now, Armani is a status symbol for the affluent. 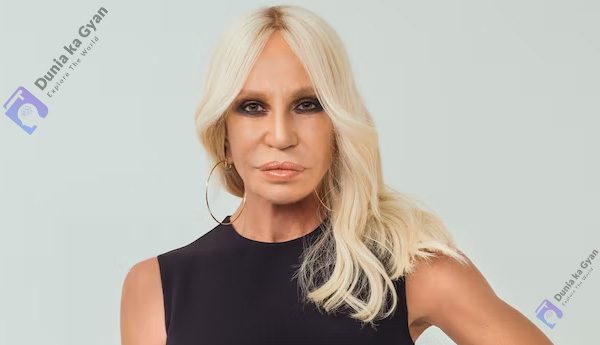 This Italian fashion designer is the artistic director of the Versace Empire. Fashion designing was in her blood with her mother being a seamstress and her sibling, Gianni, a designer. Gianni went on to establish a fashion house and onboarded Donatella. Her role was to assist her brother in managing fashion shows and marketing campaigns. Here she developed connections with celebs like Madonna, Elizabeth Hurley, etc.

Donatella was the brain behind the Versus line, which received an overwhelming response. As of now, she is rated among the most famous fashion designers in the world, thanks to her ability to experiment with new styles. Donatella Versace is among the select few fashion designers for whom any A-list celebrity will walk the runway. 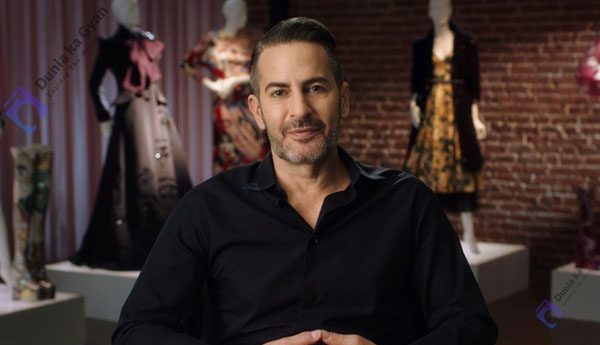 He is worth 200 million dollars, and his eponymous brand is among the best in the world. He was born on 9th April 1963 in New York into a non-observant Jewish family. Marc struggled in his childhood days due to the sudden demise of his father when he was just seven. Plagued by a mental illness, his mother hardly took care of him and remarried several times. Young Marc later moved to his grandmother’s home where he learned to knit clothes.

After completing his degree from the prestigious Parsons Design college, he launched his first collection in 1986. Success followed and how. The very next year, he achieved the “America’s Perry Ellis Award” for “New Fashion Talent.” Mind you, he was the youngest designer ever to receive this prestigious recognition. Come 1997, he joined Louis Vuitton as a Creative Director and turned it into a global fashion powerhouse.

He left Loius Vuitton in 2013 and focused on his line, Marc Jacobs. He has an interesting vision regarding gender, believing anything can be for men or women. Guess what? He won Women’s wear Designer of the Year in 2016. Top celebs, such as Gigi Hadid, Kate Moss, Naomi Campbell, Karlie Kloss, and many more are usually spotted donning Marc Jacobs’ designer clothing and accessories.

You might be familiar with the name Gucci, one of the premium global brands. But do you know that this luxury brand faced a financial crisis in the 90s? And Tom Ford was the one who rescued Gucci from imminent doom and powered it to phenomenal growth. He served the company as a Creative Director since 1994. Tom introduced a range of new designs like skinny satin shirts, velvet hipsters, and more in the next year.

The sales at Gucci showed a drastic increase of 90%. The Gucci House, where no one had any hopes, was revived with its net worth touching the $4 Billion mark by the end of the 90s. Tom Ford comes across as a versatile man – a fashion designer par excellence and a filmmaker. After exiting Gucci, he started his own “Tom Ford” fashion house and introduced stunning new and fresh collections for both genders.

From style icons to business people, his outfits and accessories have been donned by everyone. Presently, Tom Ford is one of the world’s most recognizable brands and the founder, one of the top fashion designers on the planet. 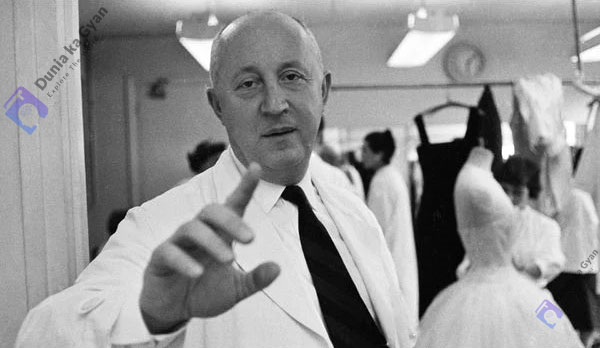 Paris is the world’s fashion capital, and all the credit goes to Christian Dior. The famous French fashion designer was artistic since his childhood and had a passion for fashion. His family wanted to make him a diplomat, but he followed his passion and ended up being a revolutionary in the fashion field. Fashion designers Robert Piguet and Lucien Lelong employed Dior at the beginning of his career, which helped him evolve.

Later in December 1946, the Dior fashion house was founded. He specialized in unique shapes and silhouettes that went well with the fashion-forward population. Dior quoted “I have designed flower women”. Despite a slow response initially, the brand gained traction with time. Thanks to its bold, inventive, and elegant designs, the brand played a pivotal role in making Paris what it is, the world’s fashion capital. 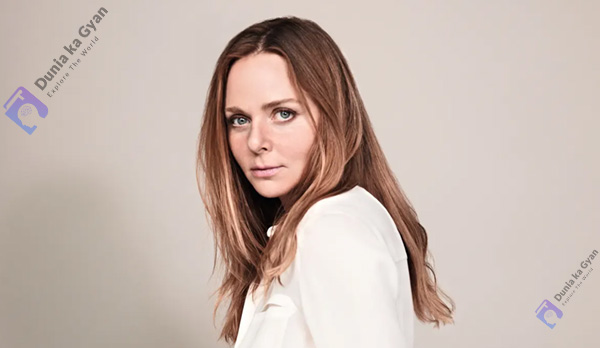 Do you love nature? If yes, then you should be inspired by Stella McCartney, one of the leading British fashion designers. From Ellie Goulding and Meghan Markle to Madonna and more celebrities embraced her bridal collection on their wedding day. She designed her first jacket aged 13, which tells us about her love for designing since her childhood.

In 2001, Stella introduced her premium and luxury fashion house and presented her first collections in Paris. Ever since, she has never used furs, skin, or leathers. That inspired other fashion designers to follow suit. She, a reputable environmental activist, believes in reusing and recycling. As such, McCartney wore her mother’s wedding dress at her wedding ceremony. She is an inspiration to us all! 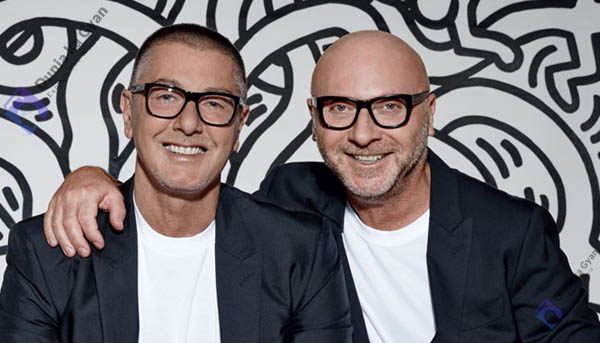 We all have heard of D&G. The luxury fashion house i’s a brainchild of. Domenico Dolce and Stefano Gabbana, two well-known Italian fashion designers. Since 1985, Dolce and Gabbana have stayed true to the classic Italian design traditions. Earlier, they worked as an assistant in the same designer studio.

Sharing a common passion for fashion designing, they decided to join hands and create a fashion history. In a highly competitive fashion industry dominated by big fashion houses, they managed to attract attention and success. They began with women’s wear and after a great response, added other products in the line, such as watches, men’s wear, perfumes, jewelry, footwear, and cosmetics. 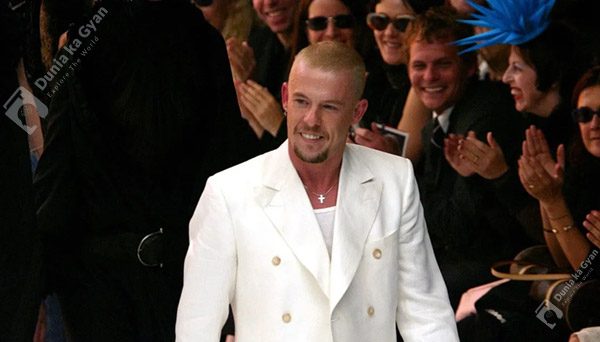 Lee Alexander McQueen was the head designer of the famous Louis Vuitton, a luxury French fashion house. A high school dropout with a certificate in arts, he worked as a neophyte with Andrewson & Sheppard and learned the nitty-gritty of fashion design.

It was said that Prince Charles wears his suits. He is famous for his “bumster” trousers and Autumn/Winter collection of 1995 where all the models wore torn clothes with fake blood on the ramp. He named it, the Highland Rape of Scotland, which later courted controversy. In 2000, Gucci bought 51% shares of the McQueen Company, and the deal allowed him more power and resources to grow his fashion house.