DDR3 vs DDR4: Difference Between DDR3 and DDR4 RAM 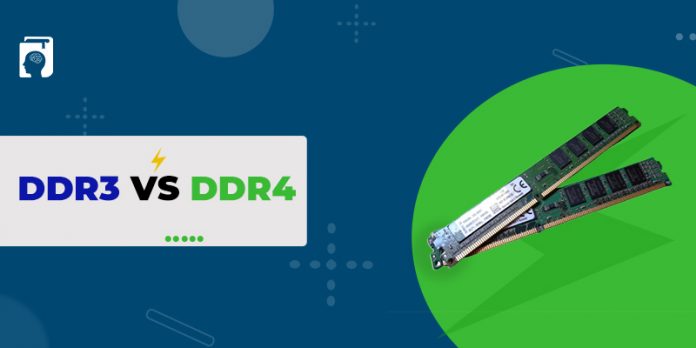 Imagine this. Your FIFA21 PC console functions smoothly on your friend’s computer but not on yours. Why? Well, he purchased his computer with the latest DDR4 RAM while you might be still stuck with DDR3. To get the gist of the situation, you need to know the difference between DDR3 vs DDR4.

DDR4, launched in 2016 globally for public use, has transformed the RAM culture of computers and laptops. However, DDR3 still has an upper hand in terms of compatibility. DDR4 might be faster, perform better and store more information. But being new in the market, it is not as compatible with different devices as DDR3.

Keen to know what is the difference between DDR3 and DDR4? Let’s discuss both in terms of their features, advantages and disadvantages. We will also be studying their differences and how one exceeds the other and vice versa at all levels.

DDR3 vs DDR4: Difference Between DDR3 and DDR4 RAM 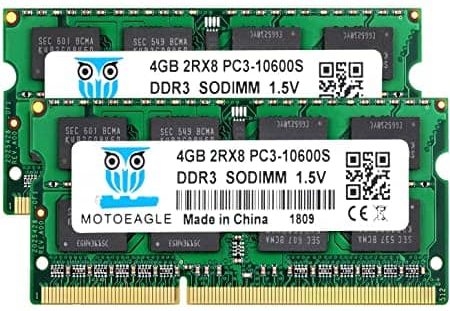 What is DDR3? Well, it’s an acronym that translates to “Double Data Rate Type 3.” It’s a type of SDRAM that the computer system uses to expand memory and speed up data transfer. DIMM (Dual In-line Memory Module) and SO-DIMM (small outline-DIMM) are two types of memory modules available on the market. The former is used in desktops and the latter, in laptops.

In terms of architecture and structure, DDR3 RAM is fairly identical to its predecessor, DDR2 RAM. The best DDR3 RAM uses 30% less energy than the previous DDRs. DDR3 also doubles the data transmission rate. When did DDR3 come out? Well, it was in 2007.

It also has an upgraded level in the form of DDR3L with dual voltages of 1.5V and 1.35V. The higher voltage is installed for computers and company servers while the lower voltage DDR3 is used for smartphones, laptops and small devices. When a DDR3 RAM module is 64 bits wide, the data transfer speed is 64 times faster than the memory clock speed for each module of memory.

What are the Features of DDR3?

What are the Advantages of DDR3?

DDR3 has a set of advantages, such as:

What are the Disadvantages of DDR3?

What is DDR4, you might wonder? DDR4 or “DOUBLE DATA RATE 4” is the DDR RAM (Random Access Memory) of the 4th generation category of memory devices. It is used largely in desktops and laptops. It has the ability to transfer data at a higher rate as compared to its predecessor DDR2, DDR3 and the other outdated versions. That’s the prime difference between DDR4 vs DDR3.

With a larger memory footprint and about 16 memory banks, DDR4 can transfer large amounts of data in a shorter period. It also consumes less power as it has a lower voltage of 1,2V. You can call it one of the most power-efficient RAMs out there.

DDR4 also comes in two memory modules i.e. DIMMs (Dual In-line Memory Module) and SO-DIMMs (small outline-DIMM). DIMMs are used for office servers and larger memory desktop towers, while SO-DIMMs are for laptops and smaller devices. DDR4 DIMMs have been introduced with first of a kind curvy bottom edge, making it simpler to eject and attach back to the RAM slots of motherboards.

What are the Features of DDR4?

What are the Advantages of DDR4?

Here’s how DDR4 is advantageous.

What are the Disadvantages of DDR4?

What are the Differences between DDR3 and DDR4?

Let’s compare DDR3 vs DDR4 and understand where they stand on key parameters.

Here’s the difference between DDR3 and DDR4 in a table format for a quick reference.

With DDR4 revolutionizing the RAM culture at a fast pace, DDR3 is slowly fading out. While many computers and smart devices still use DDR3, it is not in use with the newly released ones. By now, it must be obvious to you which DDR is the best. However, it is for you to decide which one you are more comfortable working with. So, that was our take on DDR3 vs DDR4.