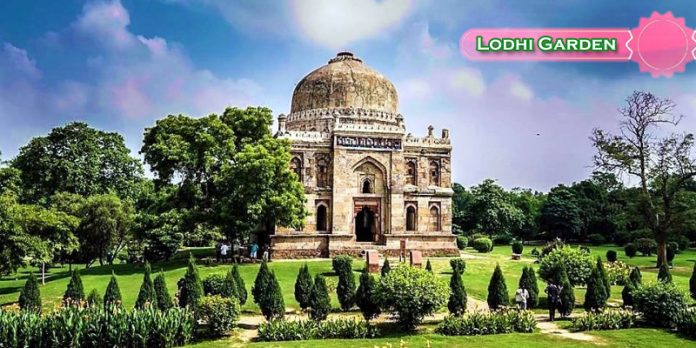 The beautiful Lodhi Garden is a popular escape for many, symbolizing national, historical, and architectural values. It is an architectural marvel brought to life by the Sayyid and Lodhi dynasties that held sway over Delhi in the 16th century. But where is Lodhi Garden? Well, it is located on Lodhi Road in South Delhi between the Khan Market and Safdarjung Tomb.

It has several ancient structures, reflecting the glory of the bygone era. Plus, its excellent location makes it a wonderful picnic location for families. The magnificent park spans across 90 acres, featuring some stunning structures and graves. Famous Bollywood films like Lakshya, Fanaa, and more were shot here.

How to Get to Lodhi Garden Delhi

Lodhi Gardens is nestled in the heart of Delhi. So, it is easily accessible from across the city.

By Air: The Indira Gandhi International Airport is close to the Lodhi Garden, and we may get there by bus or taxi. From here, transportation will be quick and easy.

What is the Best Time to Visit?

If you wish to avoid the searing heat of the city, the months of October to March are ideal. The seasons of spring and winter are perfect for sightseeing. The visit should be avoided entirely between April and June when temperatures can often surpass 40 degrees Celsius. The weather may be extremely variable during the monsoons, from July to September. It may rain hard or not at all. And, it may become steamy and sweaty at times. 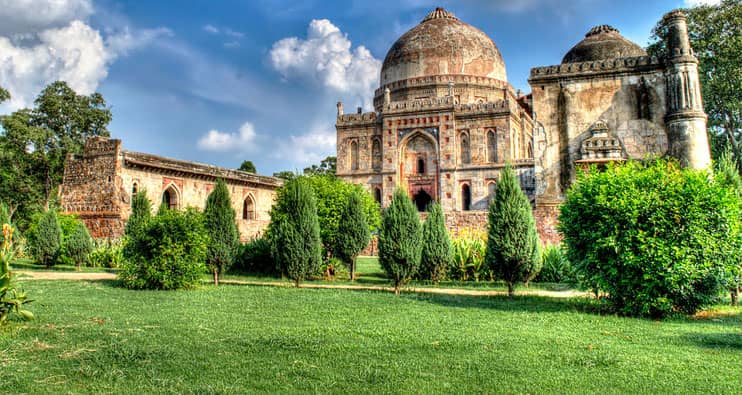 Ala-ud-din Alam Shah erected the first monument in the garden, the Mausoleum of Mohammed Shah, in 1444. It was constructed in loving remembrance of Mohammed Shah, the then ruler of the country. Lodhi Garden has got the medieval influence in its architecture only from these two. It is regarded as a significant preservation site.

During Akbar’s reign, the Garden was renovated to serve as an observatory and a site for a library to preserve the documents. The graves were constructed in woods, but by the twentieth century, the region had become a settlement, and the tombs were repurposed as houses. It was designated as a public garden in 1936, and some of the species are now labelled. Initially named after Lady Wellington, the Lodhi Garden was created to conserve the Lodi-era graves and maintain them as a tourist spot. 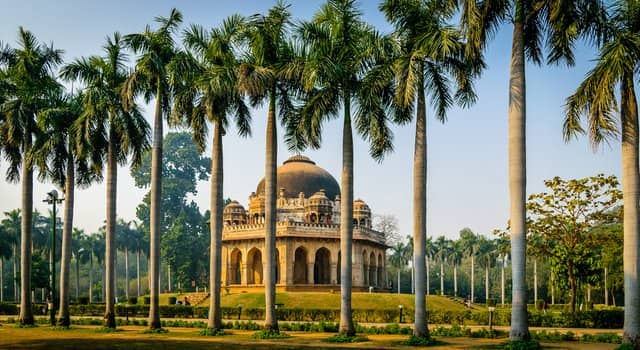 It is home to over a hundred different tree species as well as over fifty different uncommon birds and insects. More than a dozen magnificent Mughal structures from the 15th century may be seen inside the Lodhi Garden. Mohammed Shah’s tomb, the twin tombs of Sheesh Gumbad, and Bada Gumbad, the Greenhouse and Sikander Lodi’s walled mausoleum are the noteworthy monuments in the Lodhi Garden. The building here is a blend of Sayyid and Lodhi architecture. The Archaeological Survey of India now looks after this location. 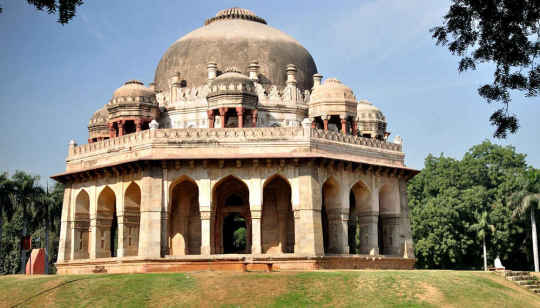 Mohammad Shah’s mausoleum, the final king of the Sayyid Dynasty, is one of the oldest tombs here. Ala-ud-din Alam Shah erected this cenotaph in 1444 as a memorial to the leader. His mausoleum is built with a mix of Hindu symbolism and Islamic motifs.

The tomb’s main complex is octagonal, with a central dome adorned with three arches, verandahs, and old defensive features. This tomb may also be viewed from the road. It features a room in the centre surrounded by a verandah. The sculptures on the domes and the crowning lotus are noteworthy. It has eight tombs, one of which is claimed to be Muhammad Shah’s. 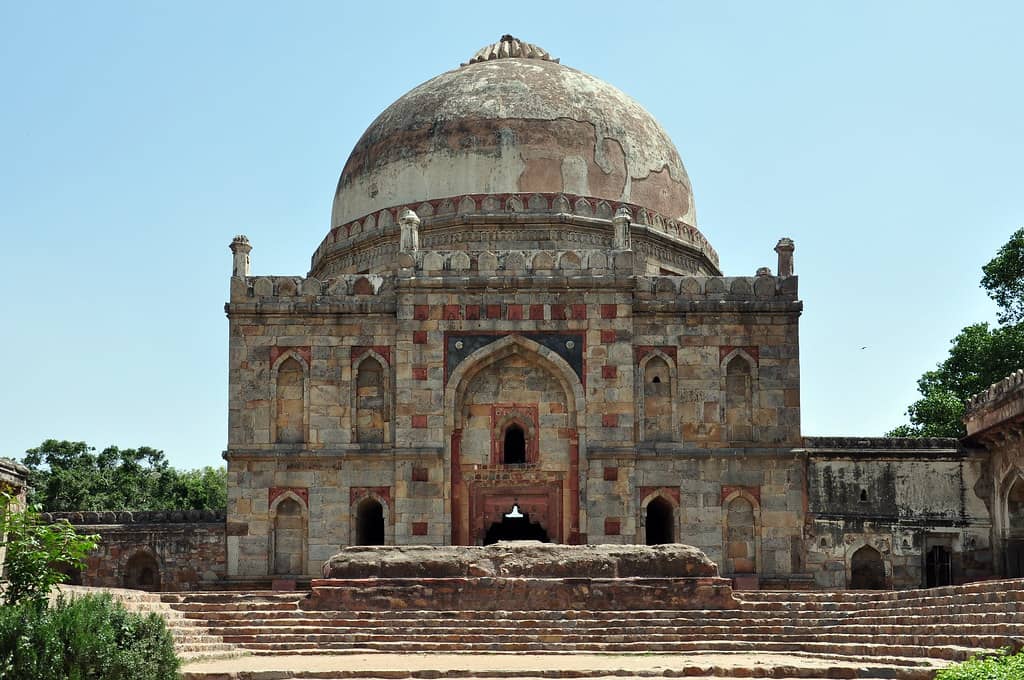 The Bara Gumbad, a huge rubble dome, is located centrally in the Delhi Lodhi Garden. However, it isn’t a tomb, but rather a passageway to a nearby three-domed mosque. Both were erected in 1494 in Sikander Lodi’s reign. The Bada Gumbad is U-shaped, having the dome embarked in the south. The mosque is on the west side, while the east side is occupied by an expansive assembly hall.

The three structures are all elevated on a high plinth, accessible from the south side by a wide flight of stairs. In the center, there is a spacious open courtyard. A square sandstone framework supports the enormous dome of the Bara Gumbad. Bada Gumbad’s front has recessed arches with black and red stone traces. The construction appears to be two stories from the outside, however, it is actually just one-storeyed.

On the northwest corner, a modest mosque sits. Some historians believe the Bada Gumbad was erected as a doorway to the mosque, although it is commonly thought of as a distinctive tomb. Unfortunately, the tomb’s occupant cannot be recognized, although he must have been a high-ranking commander during Sikandar Lodi’s reign (1489–1517). A five-arched entry leads to the three-domed mosque from the east. The central arch is the biggest of the five, and its size decreases as one goes out from the center.

The interiors of the mosque, which was built in 1494, are beautifully adorned with stuccoes and frescoes with floral, geometric motifs and Quranic inscriptions. The narrowing pillars on the rear corners and jharokha (oriel) windows make the structure more impressive. 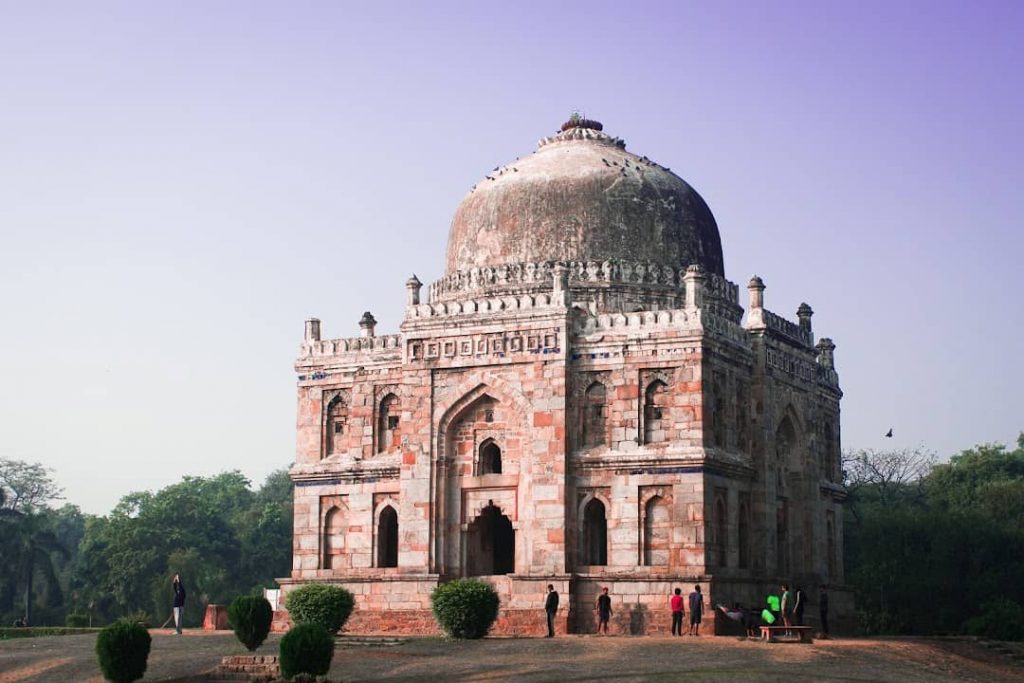 Sikander Lodhi’s mausoleum is modeled after Shah’s tomb and is an excellent example of this style of construction. Even now, the battlements may be found in this tomb.

The Glass Dome, standing opposite the Bara Gumbad, got its name from the glazed tiles used in its construction. Plasterwork with Quranic calligraphy adorns the ceiling, which is a depiction of both Hindu and Islamic architecture. Surprisingly, the Glass Dome houses the skeletons of an unknown family. This was also built under Sikander Lodi’s reign.

Once within the Lodhi Gardens, you may observe the ruins of a stream that connects Sikander Lodi’s tomb to the Yamuna River.

Look for the Athpula, an eight-pierced bridge that spans over a tiny lake. Also, there is an eight-pier bridge near Sikander’s tomb, built by Mughal Emperor Akbar. It features seven enormous arches, the central one being the biggest and most attractive.

Attractions in the vicinity

Near the Lodhi Gardens, there are several opportunities for sightseeing and tasting Delhi’s native cuisines. The India International Centre, located approximately 500 meters from the Lodhi Garden, is a cultural center that hosts a variety of events and seminars. Other than that, Khan Market, the Humayun Tomb, and the Lodhi Estate are worth visiting.

Keeping a few things in mind before visiting will make the visit seamless for you.

There are a few unique facts that make the Lodhi Gardens Delhi even more intriguing.

Lodi Gardens Delhi is a fantastic spot to spend time in a historic environment. After you’ve had your fill of the attractions, proceed to a heartfelt shopping or treat your tastebuds. The garden and the structures reflect the national capital’s famous tryst with history, boasting outstanding architecture and exquisite natural beauty. It provides both entertainment and education. There are several hotels nearby Lodhi Garden. From joggers to history buffs, the garden attracts them all. Hope our article has been informative enough.