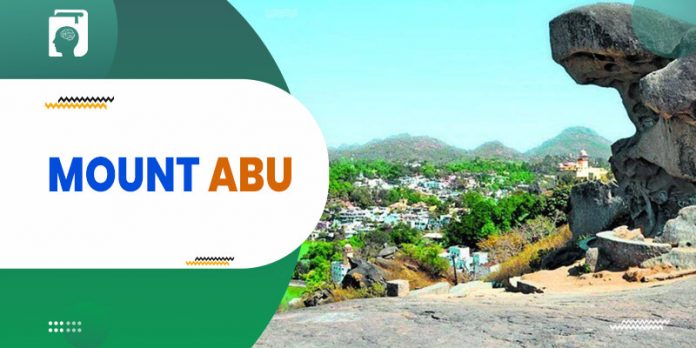 If mountains give you an adrenaline rush, then Mount Abu will exceed your expectations. The hill station amidst a desert is breathtakingly beautiful and equally intriguing for any travel enthusiast. Interestingly, it is the only hill station in India’s largest state, Rajasthan, which is perceived to be a land of deserts. Here’s what Mount Abu has to offer.

Mount Abu- the Hill Station of the Desert

It is nestled in the lap of Aravallis, close to the Gujarat border. The town resides on a 22 km long and 9 km wide plateau created by geological forces. The Mount Abu elevation is 1,722 metres or 5,650 feet above sea level with Guru Shikhar being the highest peak. They call it an “oasis in the desert” due to the abundance of rivers, lakes, waterfalls, and evergreen woods here. Mind you, Mount Abu Rajasthan is located amidst an expansive desert.

Mount Abu history is intriguing both from the mythological and historic standpoints.

Let’s comprehend its history in detail.

Mount Abu was once known as Arbudaanchal. The region was known as Arbudaranya, meaning “forest of Arbhuda” in the Puranas, and ‘Abu’ is a short form of the old name. There’re legends associated with the place, involving sage Vashishta and Arbuda.

Following his disagreements with sage Vishvamitra, sage Vashistha is said to have retired to Mount Abu’s southern offshoot. Per another legend, a serpent named “Arbuda” is said to have rescued the life of Nandi, Lord Shiva’s bull. The mythical incident took place on the mountain that is today known as Mount Abu. As a result, the mountain was named “Arbudaranya” after the incident, which was later changed to Abu.

The recorded history of Mount Abu dates back to 1311 CE. Before that, it is believed to be ruled by the Parmar dynasty. Rao Lumba of the Deora Chauhan dynasty ransacked the city and did away with the then-ruling dynasty. Rao Shasmal established his headquarters in Sirohi in 1405 when his capital, Chandravati, was demolished by invaders. He relocated the capital to Chandravati, a city in the plains. Later, the British took it on lease from the Maharaja of Sirohi.

The Climate in Mount Abu

Now that the history of Mount Abu is out of the way, it’s time to focus on the climate here.

Summer runs from mid-April through mid-June, with maximum temperatures hovering around 34 degrees Celsius. It’s ideal for light cotton clothing, and the humidity is relatively low.

The temperature drops dramatically during the rainy season. The place receives ample rain during monsoons, thanks to its relief and geographical location. To avoid getting caught in the rain, it’s a good idea to bring an umbrella. The usual summer attire will be comfortable.

Mount Abu’s winters are gentle, with the mercury hovering between 12 and 23 degrees Celsius. The nights are cold, with an average night temperature of 3 to 12 °C. The temperature can even drop between 1 or 4 degrees Celsius at times. Heavy winter wear is a must for the night. However, light pullovers are sufficient during the day.

Knowing the best time to visit Mount Abu is critical if you want to see it in all of its grandeur. Mount Abu’s fickle weather, which is typical for hill stations, can throw a spanner in the works, and read plans. Here’s a handy, season-specific guide to visiting Mount Abu.

The place attracts maximum footfall from November through February. The hill station dresses up in its best festive attire to welcome visitors from all around.

Mount Abu’s shoulder season runs from March to June. The beauty of Abu is unaffected, and it is free of the swarms of tourists. If you happen to prefer tropical summers with a healthy dose of tranquillity, this is the best time to visit.

Mount Abu has sporadic rainfall between July and October. This is an excellent time to visit because rains bring out the magic of nature.

How to get to Mount Abu?

Mount Abu height from sea level is almost 1,219 metres. Despite the elevation, the picturesque hill station is easily accessible from across India via air, rail and road.

Mount Abu is served by the Abu railway station, around 25 km. Outside the station, you can hire private or shared taxis to get into the town. Mount Abu is well-connected to all major Indian cities, such as Delhi, Ahmedabad, Jaipur, and Mumbai, to name a few.

Udaipur, Jaipur, Ahmedabad, and Baroda all have daily direct bus services to Mount Abu. You can choose from AC, luxury, or semi-deluxe buses, depending on your budget.

Places to visit in Mount Abu

Rajasthan’s only hill station has long been a refuge for locals seeking relief from the blazing desert heat. The location is also noteworthy in Hindu mythology, as the story states it as Sage Vashistha’s retirement site. Today, it is one of the favourite tourist destinations, showcasing a unique blend of Rajasthani characteristics. Let’s explore some of its tourist attractions.

1. The Jain Temples of Dilwara

The Dilwara Jain temples, about 2.5 km from Mount Abu, were built during the 11th and 13th centuries. The wonderful use of marble in the structure, ornate carvings and faultless stone laying method make it a must-see. It receives a deluge of devotees all year round.

Five temples are distinctive to the Jain tradition, including Vimal Vasahi, Luna Vasahi, Pithalhar, Parshvanath, and Mahavir Swami. The lotus-like carvings on the ceilings, as well as depictions of Jain and Hindu mythologies in carved marble statues, will keep you awe-struck. 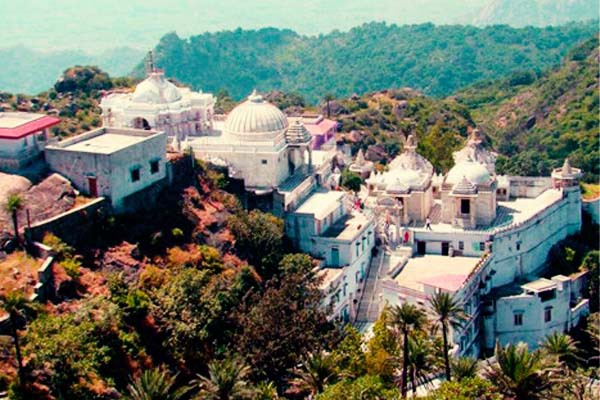 The name “Achalgarh” is derived from a fort and an old kingdom built by the monarchs of the Paramara Dynasty. In 1452, Maharana Kumbha, the monarch of the Mewar, repaired the fort and renamed it “Achalgarh,” meaning “immovable.”

But, the fort is still in ruins, with several remnants that serve as a tourist attraction. The significant gates are flanked by two grey granite towers that still survive as a testament to this once opulent and majestic fort. Together with their marvellous location, the fort walls provide an incredible panoramic view of the surrounding area. 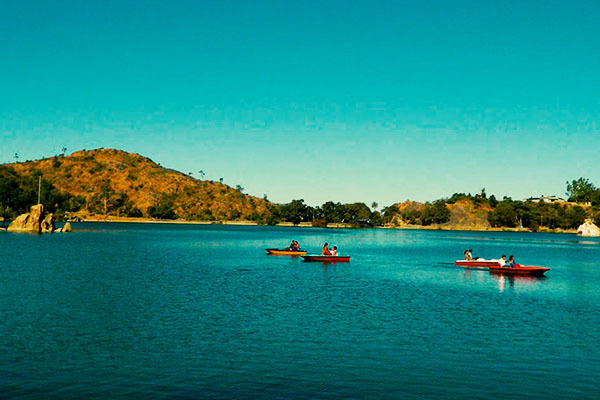 Nakki Lake is a sacred lake and one of Mount Abu’s tourist attractions. According to Hindu mythology, the Gods carved it out with their nails to protect themselves from the Demon Banshkhali. Numerous other legendary accounts led to the formation of this lake.

The lake is particularly well-known for being the site for the immersion of Mahatma Gandhi’s ashes. That prompted the creation of Gandhi Ghat, a notable memorial nearby. Near the lake, numerous hotels, restaurants, and cafes serve delicious local cuisine at low prices. The lake’s fountains add to its natural charm. The location is ideal for a picnic with friends or family. 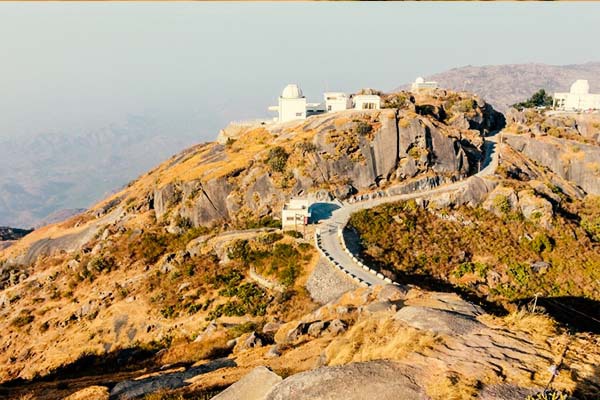 It’s the highest point in the town, serving as a vantage point for some stunning views of the entire area. It is widely known for its Guru Dattatreya temple, which is an incarnation of the Hindu gods Brahma, Vishnu, and Shiva. 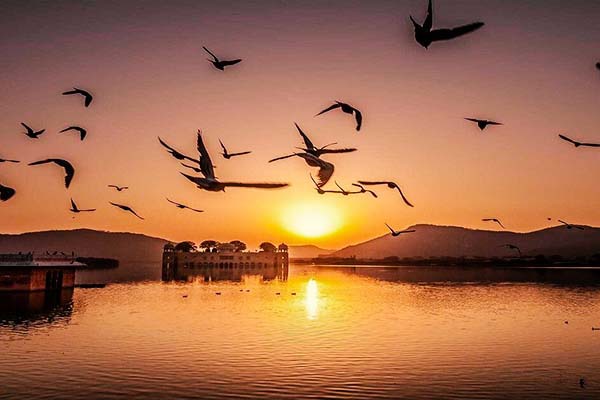 Sunsets never fail to amuse. Sunset Point of Mount Abu is the ideal place to see the sun setting over the majestic Aravali Range. The pleasant climate and relaxing views would entice anyone. No wonder, it’s the most sought-after tourist hotspot in all of Mount Abu. 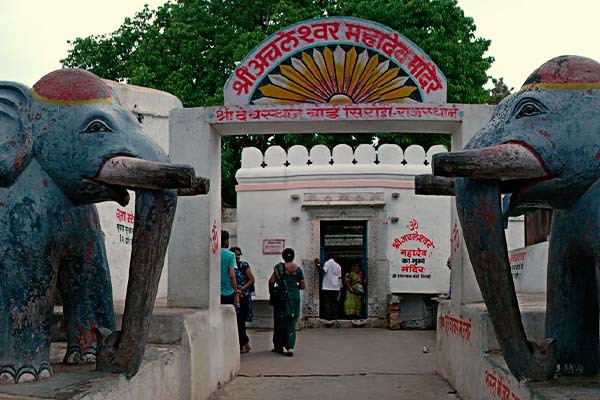 Achaleshwar Mahadev Temple is one of Rajasthan’s oldest temples dedicated to Lord Shiva known for its naturally occurring Shiva linga. This pious shrine, built about the second century, is the subject of many legends and tales. It is located near the Achal Fort.

Mahadev Temple of Achaleshwar is a structural gem that has been restored to its former splendour, thanks to the recent restoration work. The temple is believed to include a foot impression of Lord Shiva and a brass Nandi and three buffalo statues beside the pond. 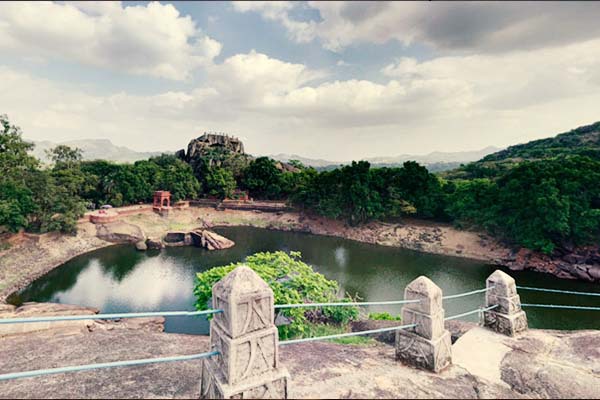 Trevor’s Tank, or Trevor’s Crocodile Park, is an artificially constructed crocodile rearing area located 5 km from Mount Abu. The entry to this location is stunning and exerts a feeling of freshness and relaxation. Generally, visiting this park is recommended during November and December.

You can have a cosy family picnic here amidst greenery and snug locations. Many species, such as the black bear and, of course, crocodiles resting on the rocky shoreline can also be found here. Birdwatchers and photographers here would enjoy capturing some stunning Mount Abu images. Surprisingly, this site resembles an Indianized Rivendell. 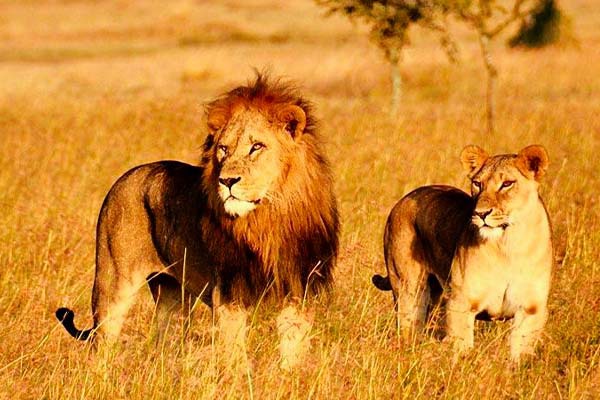 The forest, located between the Aravalli mountain range and spread across 288 square kilometres, was recognised as a wildlife sanctuary in 1980. It’s a subtropical forest with a plethora of different flora and fauna. While there are remnants of past lion and tiger habitats, the Leopard is currently the most common feline predator found here.

Wild boar, bear, pangolin, wolf, hyena, jackal, Indian fox, Indian hare, porcupine, and hedgehog are among the unusual species found here in their natural habitat. Around 250 kinds of birds are claimed to live in these woodlands, the most notable of which is the grey jungle fowl. The bird is exclusive to this wildlife reserve.

A relaxing experience amidst serenity

You can experience Mount Abu to break the monotony of life or to rescue yourself from the sun. It is a coveted destination, which will calm your senses and refresh your body and soul, helping you take on the challenges of life, frontally. Amidst the greenery, exotic vegetation and refreshing weather, you can have a wonderful time alone or with family, and friends. Well, for all the information about Mount Abu you need,

we are here to help.