Ubuntu vs Windows: Which Operating System is Best For You? 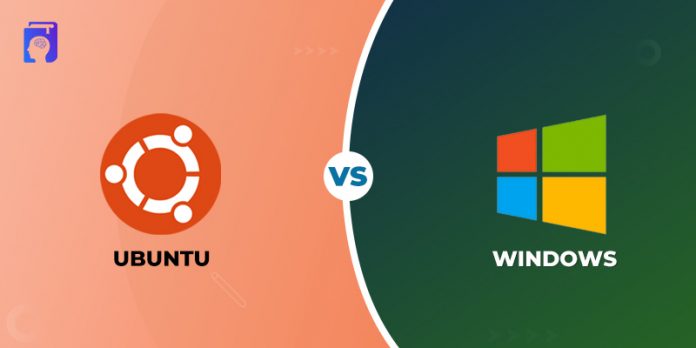 Finding it hard to choose between Ubuntu and Windows. Here’s an in-depth Ubuntu vs Windows comparison to help you choose wisely.

What is an Operating System? The Operating System (OS) is the soul of a computer. It controls the system’s memory, operations, and all of the hardware and software components. It also allows you to communicate with the system even if you don’t understand its language. Simply put, a PC is ineffective without an operating system.

Several computer applications are usually operating simultaneously, and they all require access to your desktop’s CPU, RAM, and storage. All of this is coordinated by the OS to ensure that each software receives the resources it requires.

Two of the most common OSs are Ubuntu and Windows. But is Ubuntu better than windows? Or is it vice-versa? Let’s discuss both the OS in detail and elaborate on how they differ from each other.

Difference Between Ubuntu and Windows

What is Ubuntu Operating System?

ubuntu is a member of the Linux OS family. Canonical Company limited created it and it’s available personally and professionally for free. Ubuntu PC was the first version to be released. Later variants were designed for Server and Core, which are utilized in IoT and Robotics.

Starting with the Linux kernel version 5.4 and GNOME 3.28, Ubuntu provides lots of types of software that cover everything, including, but not limited to:

Wondering why use Ubuntu? Well, let’s give you some compelling reasons.

Ubuntu has a program called LibreOffice that allows us to generate office files, worksheets, and presentations. LibreOffice is an open concept suite and MSOffice compatible. That means we can simply and rapidly open and alter files like Word docs, PowerPoint presentations, and Excel sheets, as well as exchange them with others. Google Docs may also be accessed from the computer with Ubuntu OS.

During the innovation phase at Ubuntu, the code is publicly shared. As a developer, hardware designer, or Integrator, you can start creating Ubuntu apps and systems right away. That’s because they are open about their plans for future releases.

Ubuntu and Firefox, both recognized for their security and agility, make web surfing a delight. Ubuntu now offers Chrome as well as other browsers, which can be installed through the Ubuntu Software Center.

A variety of games in Ubuntu, ranging from Sudoku to first-person shooters are readily available to keep users occupied for hours. Thousands of games are available, notably those from the Unity and Steam ecosystems. One can select from critically renowned games, such as Dota 2 and Counter-strike: Global Offensive among others.

Security measures in the Windows platform are quite conflicting. Most of the same businesses that produce Windows operating systems also profit handsomely from hogging products that protect Windows apps against security flaws. Even without the inclusion of any overpriced antivirus scanners, Ubuntu is as safe as it gets for most individuals, despite the fact that it is not malware-free.

Hardware auto-configuration is just another characteristic of the Ubuntu Operating System. The majority of device drivers are already pre-installed. Anyone who has installed a standard version of Windows knows how time-consuming it is to search for drivers after the OS has been installed.

Installing a variety of programs from the Ubuntu repository in a few taps is a huge benefit. Besides being free and more secure than .exe files acquired from unknown sources, installing programs from a centralized location is significantly efficient. When it comes to Ubuntu vs Windows, Ubuntu has an edge over its Microsoft counterpart.

Virtual desktops are like split web surfing where we don’t realize how useful they are until we use them. There are a variety of 3rd party applications for accomplishing the same function on Windows. The caveat is that just a handful of them work well with Vista and above.

Microsoft Incorporation provides a range of exclusive visual operating systems known as Windows. Microsoft Windows is another name for it. Windows NT and Windows IoT are presently part of its group. It is the most widely used operating system for private desktops and is also available for cellphones, tabs, and laptops. For many, Windows OS is the best operating system for PC out there. It’s trusted by millions of users globally.

The most recent version of Windows 10 provides you with an unlimited number of functions as well as the greatest safety features. That means your sensitive data is fully safeguarded against breaches and attacks. It also has an inbuilt virus protection mechanism that warns you when accessing dubious files from the internet. Its Window Defender function protects your computer or laptop from malicious applications.

Windows offers you some stunning features, such as:

Windows contains a Control Panel utility that allows users to customize and control their computer’s resources.

It now has a voice command feature, Cortana, which accepts commands from you verbally.

Its purpose is to clear up disc space by removing transient or unneeded data. It also aids in the improvement of computer speed and the expansion of storage space for downloading applications and documents.

The task manager function in Windows displays information about the apps and programs running on the computer. You can even shut down a non-performing task.

It’s also referred to as Windows Explorer. The program shows you your computer files and directories. Users may examine the data on the hard drive and other attached removable discs, such as pen drives. The program handles the material according to their needs, such as deleting, renaming, searching, and transferring the data.

The internet browser is essential for searching information, viewing pages, shopping online, playing games, and watching movies, among other things. A web browser comes pre-installed on Windows. The Edge web browser is the default web browser in Windows 10.

Windows vs Ubuntu: Key Points to be Remember

With all the fundamentals out of the way, let’s focus on Ubuntu vs Windows.

Let’s compare Ubuntu and Windows in a tabular format for a clear picture. 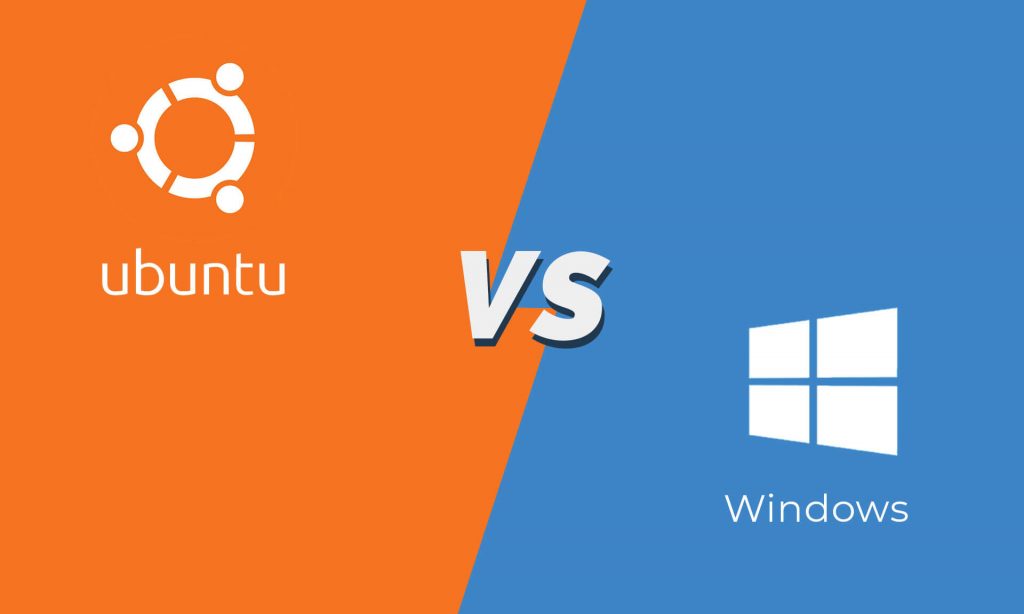 Ubuntu vs Windows was the focus of this article. Both operating systems have their own set of advantages and disadvantages. Developers and testers favor Ubuntu because it is incredibly stable, safe, and quick for programming. Users who like to play games and use MS Office and Paint prefer Windows. Overall, we can conclude that both Ubuntu and Windows OS are well-designed and meet the demands of their users.