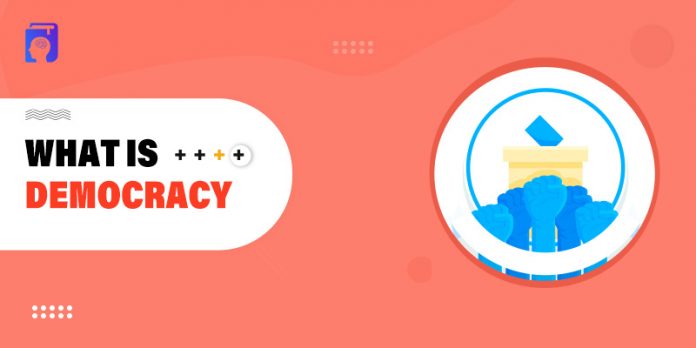 Democracy is the buzzword in the present era. Everybody talks about it but only a few know what is democracy all about. If you belong to the former category, here’s your chance to be in the know. Read on, as we elaborate on all the facets of democracy, from definition and types to the fundamental principles and more.

The term, democracy, has a simple etymology. It’s formed from the Greek words ‘Demos’, meaning people, and ‘Kratos,’ meaning power. Therefore, it literally means power to the people. Democracy is a system of governance where the system provides people with rights to empower them socially, politically, and economically. The prime examples of democracy include India, the US, France, the UK, Switzerland, and more.

A Foreword on Democracy and Freedom

Democracy and freedom go hand in hand. They aren’t just used together but even interchangeably at times. Democracy is indeed an institutionalization of freedom, but personal freedom wasn’t always associated with it.

The idea has its roots in ancient Hellenic Greece and the mighty Roman empires where people won their rights and freedoms that we so readily take for granted today. The point is simple – democracy is worth fighting for. From Cleisthenes, the Father of Democracy in Ancient Greece, and Tribunes in the Roman Republic’s Senate to the Founding Fathers of America, everyone believed in democracy and freedom.

Exploring Democracy: A Look Into Its Definitions and Categories

As per the dictionary definition, democracy is a government by the people, where the supreme decision-making power is vested in the people it governs. Important decisions are made directly by the people themselves or by people elected through a free and fair electoral system. The problem with a dictionary meaning is that it’s impossible to encompass the ideas and principles behind something so cold and impersonal.

Instead, there’s a better definition, put forward by the 16th President of the US, Abraham Lincoln. He once quoted, “democracy is a government of the people, by the people, and for the people”. The statement has become a legend since then and is used to describe democracy in its purest form. It pretty much explains what is democracy.

With this in perspective, we can form a functional definition of democracy ourselves:

“It’s a governing structure where power, instead of the military or the state, is vested directly into the people. The government, or the elected officials of a country, are accountable to the people, and must provide the people with all important information in the name of transparency.”

Now that you know what is democracy, it’s time to focus on the different types and characteristics of democracy. Given how vast the concept of democracy is, there are many different categories and models of democracy. Usually, they’re differentiated by how much power is held directly by the people, the Bill of Rights or Constitution that outlines the laws and rules of the country, or other key processes.

With some vague subtypes and branches excluded, some of the main categories of democracy are:

Direct democracy is considered to be the purest version of this governing structure. The people of a direct democracy hold power directly. It requires the citizens to play an active role in the country’s politics. A perfect example is an Athenian democracy formed under the principles of Cleisthenes, a Greek philosopher whose ideas gave birth to the first democratic government.

However, the problem with direct democracy is that with emerging and increasing population sizes, organizing large-scale votes and elections for every decision only becomes more challenging by the day. Switzerland is the perfect example of direct democracy. 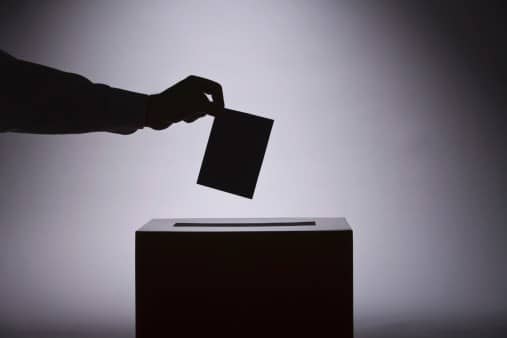 Here, the people appoint and elect officials to make decisions on their part. These officials hold the decision-making power usually vested in the people but remain accountable for their actions. They also have to submit to the rule of law, ensuring honesty in representing their people.

The United States of America is an example of representative democracy. Here, the people elect members of the Representatives, the Senators to represent them, and the President. 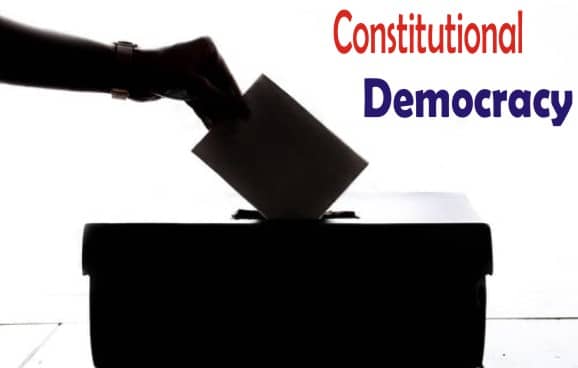 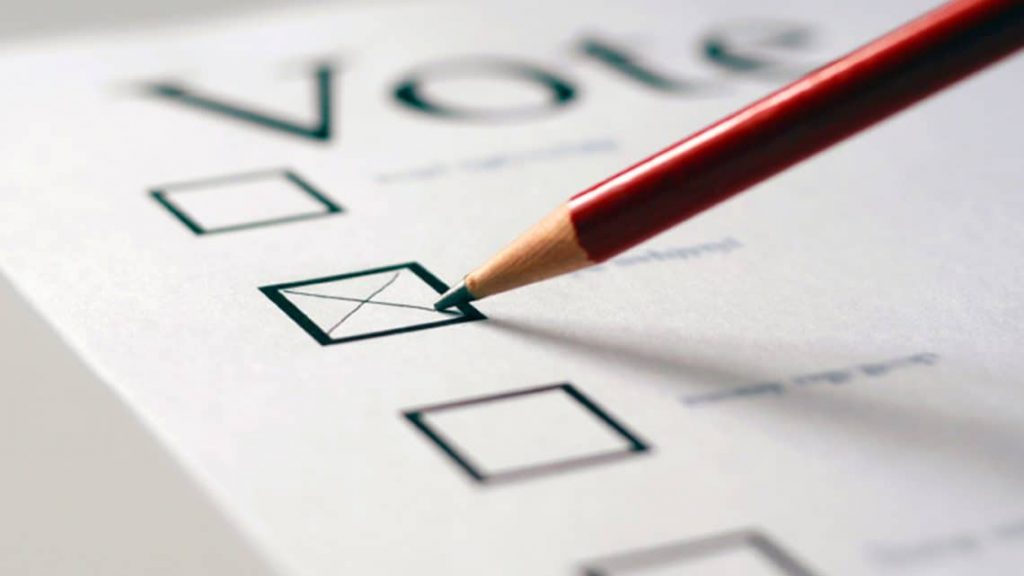 John Keane, a political scientist of some repute, suggested the idea of a Monitory Democracy, a state that he says most democracies are rapidly advancing to. In a monitory democracy, private and public agencies, regulatory bodies, and individuals closely monitor the government’s actions.

The Principles of Democracy, Along with an Introduction to Minority Rights

Like every ideology, there are principles behind democracy, principles that decide and govern how democracies all over the world vest power directly in to the people while ensuring every individual is given the same rights. Though no two collections of defined principles are alike, researchers, philosophers, and human rights activists the world over agree that some essential elements must be present in any society to be termed a democratic one. They largely define what is democracy and how it should function.

Citizen Participation can be called the most fundamental principle of democracy. After all, it’s a governing system that aims to empower the common person. This requires citizens to help out and step up wherever they can as part of their right and their duty. Some common examples of everyday Citizen Participation are voting in elections, contesting elections, and even something as ordinary as paying taxes.

A society can never be called Democratic unless it gives all citizens the same and equal rights. Equality, an important principle of democracy, means that every individual should be offered the same opportunities. Citizens shouldn’t be discriminated against based on race, age, gender, religion, sexual orientation, or any other factor. Any such discrimination should be frowned upon and actively penalized.

A democratic society is built on the foundations of tolerance. Political tolerance doesn’t just signify being tolerant of others’ political beliefs but that the government must always protect the rights of any minority. Individual citizens should be tolerant of others’ ideas and practices, and in the same fashion, different organizations, cultures, and belief systems also have to be tolerant.

People elected and appointed to office by the people must remain accountable for their actions. Officials have to act in the interests of the people they represent, which should always stay at the forefront of any decision-making. Responsibility for their actions is a quality that keeps officials acting for the people’s best interests. This also keeps them honest since any crimes are punishable and heavily penalized.

Accountability depends heavily on transparency. Citizens can’t hold officials accountable when they’re provided with no information. This means that unless it’s a matter of national security, the government should make citizens aware of any decisions being made. Similarly, the press should be able to access information about what decisions are being made, along with who’s ensuring total transparency.

Democracy is supposed to work through having power vested directly into the hands of the people. After all, it’s what democracy is all about. However, with populations only growing by the day, most countries have turned towards representative democracy. A particular group elects a representative to represent them on a larger scale. However, since detriments like intimidation, bad intentions, and corruption are always a threat, it’s crucial to hold regular elections every few years. This ensures there’s no favor shown to a particular group and no corrupt official who can’t be prosecuted holds power for too long.

The citizens of a democratic country must have a guarantee of economic freedom. Simply put, they must be allowed to own property and businesses, along with choosing their education and professions. There have been debates on the government’s involvement in the free market – whether they should exist in a democratic country. But the rule is that the state must not control what goods and services are in demand.

This principle of democracy is closely linked to other democratic principles like regular elections and transparency. In effect, it ensures power is decentralized, meaning an individual or a single organization does not seize power. Whether it’s corruption, embezzlement of funds, or illegal abuses of authority by a government official, there should be independent courts of law that have the power to prosecute and impeach officials across all levels.

A Bill of Rights is an important document that outlines and lists the rights and freedoms given to every individual in a democratic society, and guaranteed and protected by the government. In most cases, the outlined rights are enforced by courts of law, both civilian and martial. This bill exists, among other reasons, to protect people against gross abuses of power. That’s another reason why democracy is important.

There must be more than one party to have fair elections for appointing government officials, each with a representative they’re backing. When you look at the historical data, the presence of only a single party has usually been a sign of an inevitable dictatorship. A multi-party system ensures there are different candidates for people to cast their vote for and provide opposition to the winning party. This system provides the active government with different viewpoints and perspectives.

The Rule of Law might be the last principle on this list, but it’s far from the least important. The very concept of democracy crumbles if an individual, whether a citizen, elected official, or officer of the law, is above the rule of law. Called the due process of law, everybody must be held accountable for their actions in a democratic society.

Majority rule has its upsides, but it also comes with a major downside: rule by majority isn’t necessarily democratic. For example, consider a ‘Democracy’ where 49% of the society is oppressed, repeatedly, by the majority of the 51%.

Let’s take that into perspective for a moment. All democracies are systems where citizens can decide on important political matters by majority rule; that’s true enough. However, a group marginalized by some factor might face oppression at the hands of the more significant majority. In a genuinely democratic society, the individual’s rights must always be protected by laws, institutions, and government offices. Whether ethnic, political, or religious, minorities should not depend on something as flimsy as the goodwill of the majority.

Like every political term, you can define democracy. Fit the grand idea of giving the person power over his destiny into a maximum of ten to twelve words. You can list out its advantages, and its features, but the best way to understand the idea of democracy is to understand what happens to a country without a Democratic ruling system. You can fit this, too, into a single word: Tyranny.

The act of enforcing a harsh, unfair, and cruel authority over people. Usually found in ruling systems with centralized power like dictatorships, oligarchies, and monarchies, tyranny is when the average citizen has no vote or say in the decisions that affect him/her. If you want to know why democracy is important, dive back into a history fraught with violence and indecision. The essence of a free and fair society – that’s what is democracy.